from THE ART NEWSPAPER and Charlotte Burns 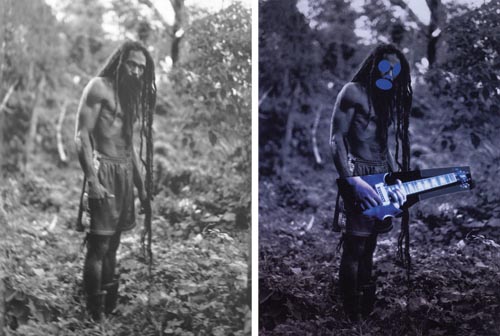 Cariou v Prince: Left, a photo of a Rastafarian from Patrick Cariou's "Yes, Rasta" and, right, a painting from Prince's Canal Zone series


A US District judge has ruled in favour of photographer Patrick Cariou in his copyright lawsuit against artist Richard Prince.
Cariou originally filed suit for copyright infringement against Prince, Larry Gagosian, Gagosian Gallery, and Rizzoli books in December 2008 after a number of his photographs were reappropriated without consent in Prince’s “Canal Zone” series. The photographs first appeared in Cariou’s 2000 publication, Yes, Rasta, a photographic book produced after spending six years documenting Jamaican Rastafarians.
read more
Posted by Kevin Freitas at 1:30 PM