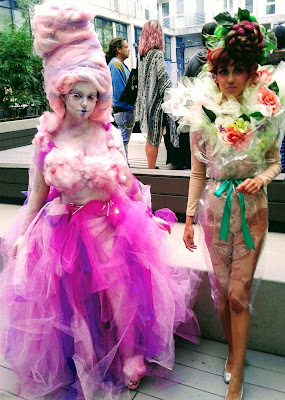 Upon entering the Idea I space (899 Park Blvd. SD 92101), one can’t help feeling dwarfed by the height and breadth of its vastness. The question immediately arises, given the expansiveness of the space, can the aggregate of artists assembled by Vanguard Culture fill the space in a creative exploration and stimulate  and delight the five senses as promised?  Can they actually create an emporium to the sensory, an inspirational Sensorium? The Idea I space creators David Malmuth and Peter Garcia were inspired by a Banksy quote “It’s not art unless it has the potential to be a great disaster.”  The converse of that statement might be “It is not art unless it has the potential to be a brilliant inspiration.”   Which was the outcome of Sensorium? 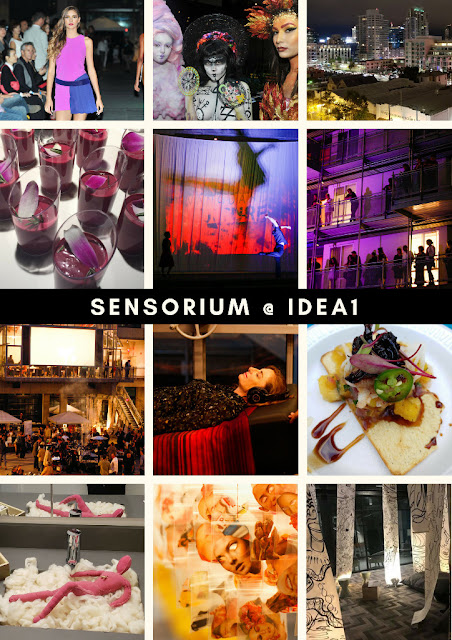 I was immediately magnetized by the gorgeous and imaginatively costumed women, like human kinetic sculptures sprinkled like psychedelic confetti amidst the stark concrete space.  Next, the enticing aromas of the chefs mixing up magic from their huddled grills in the middle of the courtyard, offering choices from pork belly tacos to paella vegan style.  Chefs Andrew Bent, Felipe Raul Lopez-Torres, J A Fuentes and Mario Medina lured us in with their luscious concoctions.  Surrounding the courtyard were the enticing pastel displays of gorgeous desserts by Dulce Nabil of Sucree, contrasting with the graphic black and white banners of the psychic Art Forest  fluttering in the breeze.  All of this was a tiny precursor, an apperativo, to the thought-provoking variety of performance and visual art to come as the multi-textured evening unfolded. 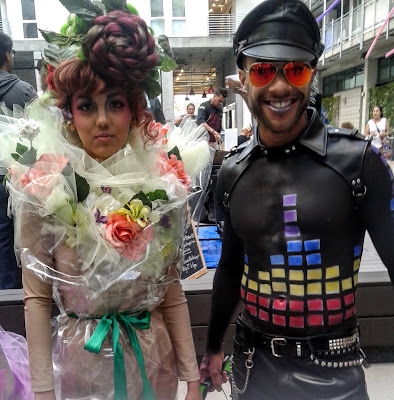 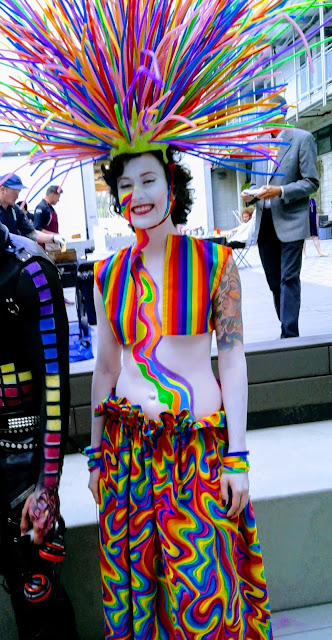 The seventeen loft space presentations covered the entire spectrum from the whimsical and uplifting to the alarming and violent.

First up, SURREALITY EXPRESS conceived and produced by the American Dream Theater collective.  The experience was truly a trip, both virtually and physically.  The idea of going on an old fashioned train trip, a mode of travel that makes you slow down and become more observant, more present, seemed initially nostalgic at best. You entered the space soothed by a classical trio, were greeted by a luggage porter, then seated in your “railroad car” with bucolic scenery videos racing by, moving on to decadent oysters in the dining car, pausing for  a peaceful moment under trees festooned with photo memories by “the river”, to finally unload your virtual, emotional, and literal baggage. At your journey’s end, you  enter a lavender, blue and pink lit room filled with love and delight,  inhabited by a charming chipmunk, whose reason for being is to give a hug,  a sweet reward (chocolate chip cookies!) for surviving a trip through your virtual soul.

In the same light mood was Grace Gray Adams’s conception of heaven; a softly lit room of silver white balloons and popping bubble wrap under foot.  The artist, costumed in flowing white, became an integral part of the installation, emanating a beatific energy. Joy and whimsy also  bubbled up from the San Diego Opera room, where we were encouraged to meld our voices as they were amplified, echoed, and carried into an aural cocoon, all accented by the iconic, ironic accordion.

Yet another offering was Opera singer Ashley Walhlstrom who lyrically reiterated the soulful commentary of a video narrator projected on the wall.  In the same space, I was impressed by the recycled bottle cap art of Erika Pamiagna, recycled/trash art at its zenith.  The bottle cap encrusted mannequin had an eerie lifelike quality. The tiny assemblages of bottle cap boxes she was surrounded by took on a preciousness beyond their humble trash adornments, The actual toilet bowl in the bathroom filled with discardable bottle tops that had the potential to be a thing of beauty was an intriguing visual statement.

Sara Parent’s adorable pastel, whimsical sculptures set among transient sand piles evoked feelings of joy.  They were so delicious looking, one almost began to salivate.   Stephanie Bedwell created sculptures of arching poles and transparent fabric that evoked a feeling of womb-like warmth that invited you in to wander, as if being cradled in the nest of some exotic creature, protected and bathed by the rosy light of the setting sun.  Her goal was to “convey the archetypical, to convey the space of the nonverbal”.

Moving on from whimsy and warmth were the more provocative pieces.  The life vests made from maps and children’s photos alerted us to the connection between severe, crippling drought and refugee crisis.  In this case the worst drought in 900 years that is destroying the desperate people of Somalia.  Another room had a lovely woman in a glittering cocktail dress, bounteous black hair cascading over her face, lying death still in the bathtub, a searing comment on suicide so currently prevalent.  There was the giant photo of the woman peering out from the closet, and fragments of photos inviting you to cut them up and cast into the tub.  Then there was the alarming video of the piano being smashed to smithereens, and the music video riddled with flames and images of Dante’s Inferno, as if to say ‘welcome to hell.’ 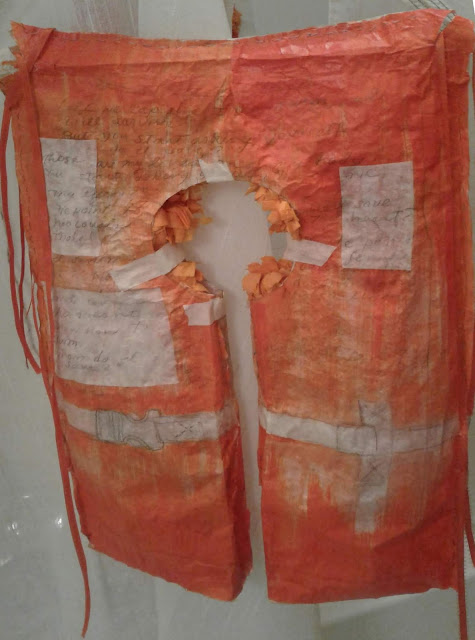 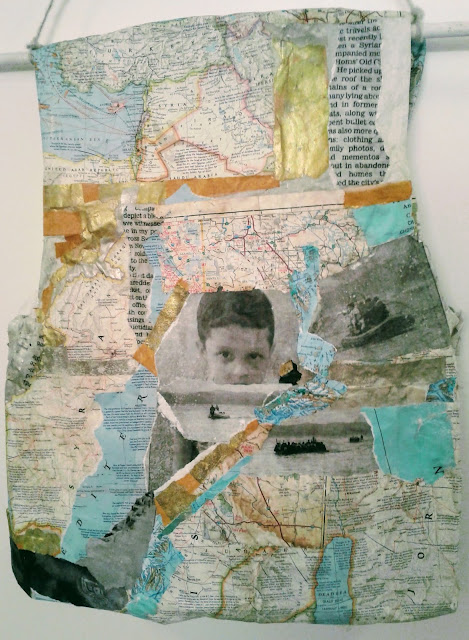 Overall the night of dance, fashion, music, art, food, libations, and creative souls took the risks but avoided Banksy’s “potential of disaster.” Sensorium more than fulfilled its potential as brilliant inspiration and succeeded in providing ample opportunities for all five senses to be stimulated and delighted. Astha Saini ’s installation “We are inspired by the fear of being average” seemed to sum up the over the top sensory collection of inspirations provided by this Vanguard Culture event.