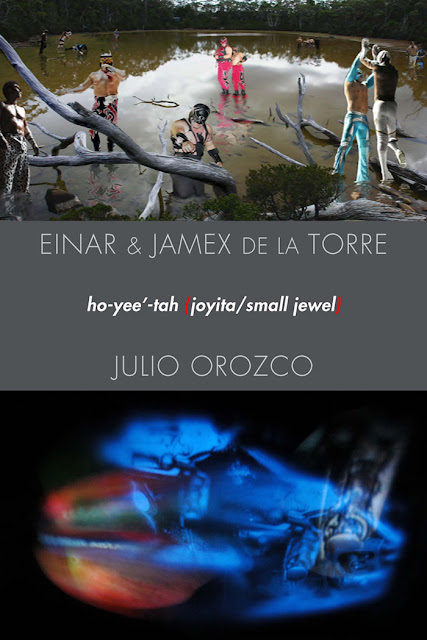 Mexican-born artists Einar and Jamex de la Torre are brothers and artistic collaborators, who moved to the United States from Guadalajara, Jalisco in the early 1970s. Their artistic collaboration began in earnest in the late 1980's with small mix-media works. In the late 1990s, they began to do large-scale sculptural installations, eventually branching out into commissioned site-specific and public art projects. The brothers live and work on both sides of the San Diego-Baja California border, enjoying a bi-national life style that very much informs their art.
Julio Orozco began as a documentary photographer in 1992. Working for a daily newspaper on the police beat gave him a unique opportunity to portray crime scenes and develop a visual ability to communicate facts, which he later applied to his creative work. Issues are raised of nostalgia, historiography and cultural identity. The experimental works are rendered by the appropriation of historical documents, objects, sounds and images to establish new connections between memory and fiction, past and future as a reflection on cinema.