I've been watching, enjoying, reflecting on, getting revv'd up by the San Diego Trolley Dances for a good number of years. I've written about the Trolley Dances before and words are beginning to become less and less important.  Just enjoying the moment .  .  .

Here are a sampling of those wonderful moments that I —and several other professional art photographers (Pasha Turley, Janine Free and Dana Levine) — discovered as we reviewed what our camera lenses had taken. 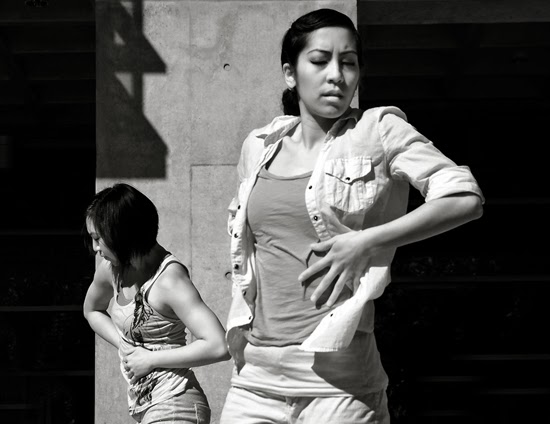 
This year's Trolley Dances has much less traveling on the trolley, which allows the audience to experience a more compact set of dances. Each year the challenge and wonderment is different  — the pacing and location contribute to the newness that the dancers and choreographers bring to the experience. 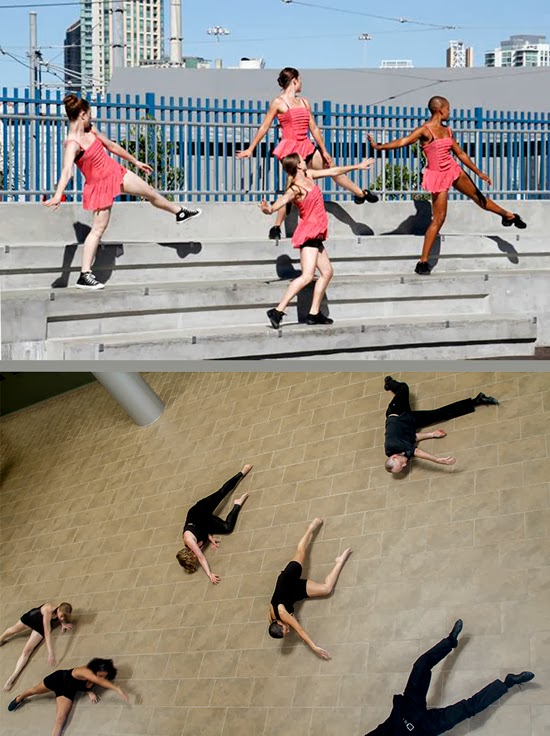 Pasha Turley (upper) / Monarch School Amphitheatre
Janine Free (lower) / Monarch School lobby
Pasha Turley:  The group boarded the trolley and we were in route to our last stop and dance performance on the steps of the new Central library which was celebrating its opening. For many in the in the audience group this was a first time they had ridden the trolley and there were many comments on how, entertaining and gratifying they found the entire event.
For me the 15th. Annual Trolley Dancers performance was the best ever. They Rock! 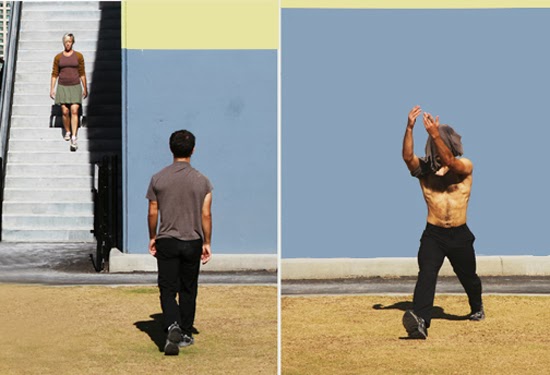 Janine Free:  As a street photographer, the Trolley Dances bring to my awareness areas of San Diego I would have never thought of going to before.  Walking from Barrio Logan towards downtown, the cityscape now takes a completely different skyline with the stadium, the dome of the Central Public Library, and the new East Village condos standing together.

The modern dancers, most of them dressed in ordinary clothes, could be mistaken for pedestrians, you, me, caught in a moment of fantasy and drama.

It takes intuition to capture the moment when the moving dancers can be frozen by the camera into a suspended graphic form intended by the choreographer.  When the photographer presses the shutter, he/she cannot see what the camera actually takes and has to rely on a leap of faith, or luck. The Trolley Dances is a rare occasion to experiment this exciting uncertainty.

Joe Nalven / Painting with my camera 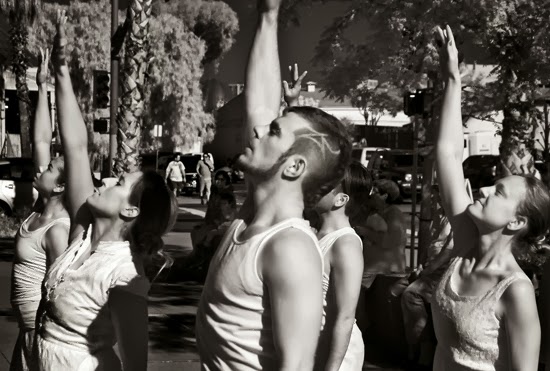 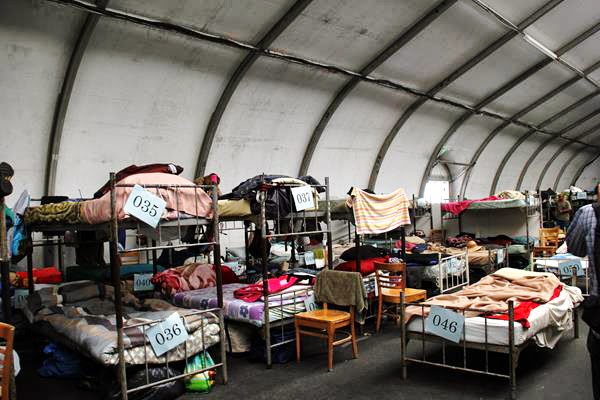 Pasha Turley:   For myself and many of the other audience members walking though The Alpha Project homeless shelter filled with bunk beds and extra beds in the aisles and trash cans that housed personal possessions was a reminder of the plight of the homeless and a shock to many of the people attending the dance event. I personally became acutely aware of our need to help our homeless population more and vowed to do more. 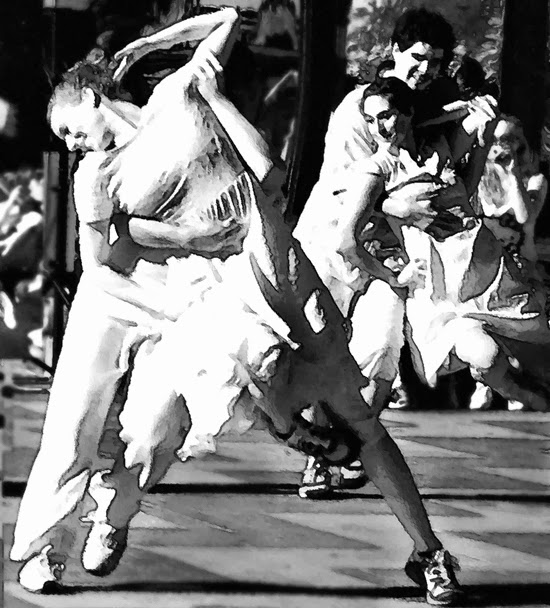 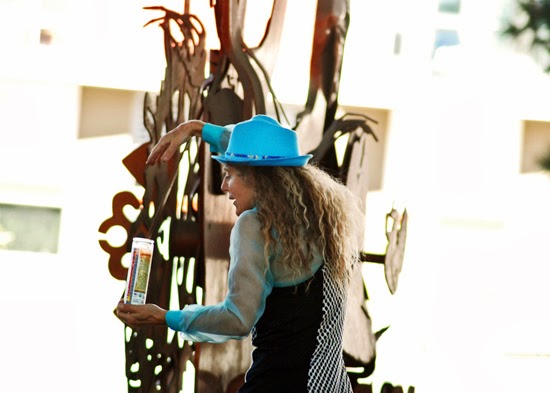 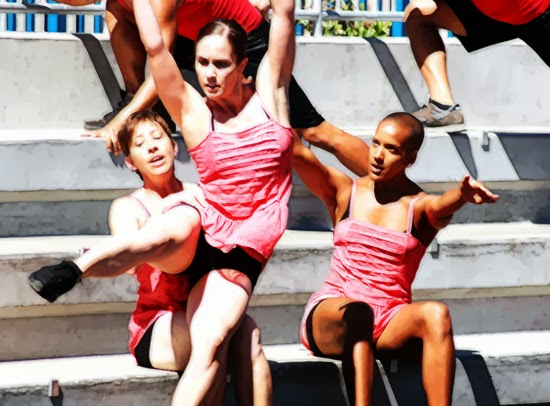 When I left New York several decades ago, I spoke about Joseph Papp's Shakespeare in the Park (New York City's Central Park).  That was then. This is now.

San Diego offers its own brand of 'have you seen this.' That's the spirit of the Big Apple in San Diego. And the Trolley Dances are the modern urban; it's all over town when one adds up the years. A traveling culture show.