DNA of Creativity at Oceanside Musuem of Art

View our DNA of Creativity Catalog


The DNA of Creativity was initiated in 2011 to put together teams of artists and scientists. We had very high goals. We hoped to make the complexities of art and science accessible while showcasing the aesthetics of both. We intended to enhance the viewing public’s perception of creativity and its role in our lives as thriving, positive, empowered and fun. We wanted to re-enforce the idea of San Diego as an Art and Science destination. Invigorating students of all ages to support the arts and sciences either as participants or beneficiaries was essential.

When you take on projects that take over three years to produce, you know you have to have a passion for the subject. My first reason for calling together teams, with both artists and scientists, was very simple and quite selfish. I am an artist and my husband Darwin Slindee is a physicist. I wanted to make sure we could spend time together. But my passion turned into my privilege. I have learned so much from the more than 50 participants that crossed the finish line and are showing, have shown and will continue to show the results of their investigations.

The Pezzoli family lost their daughter Alyssa  last year in a terrible surfing tragedy.  Her mother Marjorie who is part of the Sea Changes: Act team said, “It really hit me tonight why jellyfish will always be important to me...I was thinking about Alyssa, tears streaming down my face, I looked up at the lights, the distortion caused the sight of a jellyfish. They are an indicator of climate change and plastic pollution. The ocean and the beaches have always been playground of Alyssa's, that's why I want to protect them for all generations.”

This strong belief in the value of being connected is a theme that runs through all the teams. Jason Rogalsk, leader of the Urban Succession team, realized that his project to shine a light on urban wildlife by providing artist made homes for them was not just about the wild creatures living amongst us, it  was about ecosystems.  David Lipson thought that debris from gutters was probably toxic waste, but found that within Jeremy Gercke’s inventive Soil Blind sculpture it is a rich source of life.

Both projects go further than just using art to make people care or to illustrate scientific facts. They worked on the Inner-connectivity of art and science. As a result artists increasingly became more scientific, while the scientists embraced art.  This is nowhere more clear than in the PolyAethestic Mapping: The Muses.  The DNA of Creativity changed lives. Kaz Maslanka through hours and hours of team work discovered the muses which made his very abstract process of exploration of complex concept more accessible. He says, “ It was as if all I had done was throw a bucket of paint into the air and the muses just appeared.”  Vicki Leon has embraced the muses which came out of the polyaesthetic system. She says that their influence has expanded her areas of focus and allowed her to call upon their creative inspiration to explore new territory.

Yes, there are challenges of managing large teams. Meetings over time helped members to gain respect for each other and eventually become friends. Groups had to be flexible in order to  expand their ideas, Everyone learned new facts like how photographer’s strobe lights hurt live coral  and ultimately how to make what was examined safe from direct human contact. Michelle Kurtis Cole’s experiments using glass instead of other coral as a substrate to regenerate coral could change the way the ocean is being helped to help itself.

Working together as a team with personal passion for the subject and some financial support had advantages.   These included greater production rates, opportunities to work on a larger scale, gaining new audience and learning and using new techniques. Team members could learn as they go and were fearless once they trusted that they could make mistakes and still move forward.   Jeremy Gerecke said he found, “…an artistic direction that incorporates more that pure aesthetics.  Work that can have a life after being on display, it can be studied and have a life of its own.”
In many cultures that we admire, art and culture are woven into the everyday fabric of life. This manages to happen without the art losing it status, power or affect. We are grateful to the Oceanside Museum of Art and our curator Danielle Susalla Deery and the Museum of Monterey for acknowledging this merging of art and science on a scale equal to the efforts of our DNA of Creativity team members. 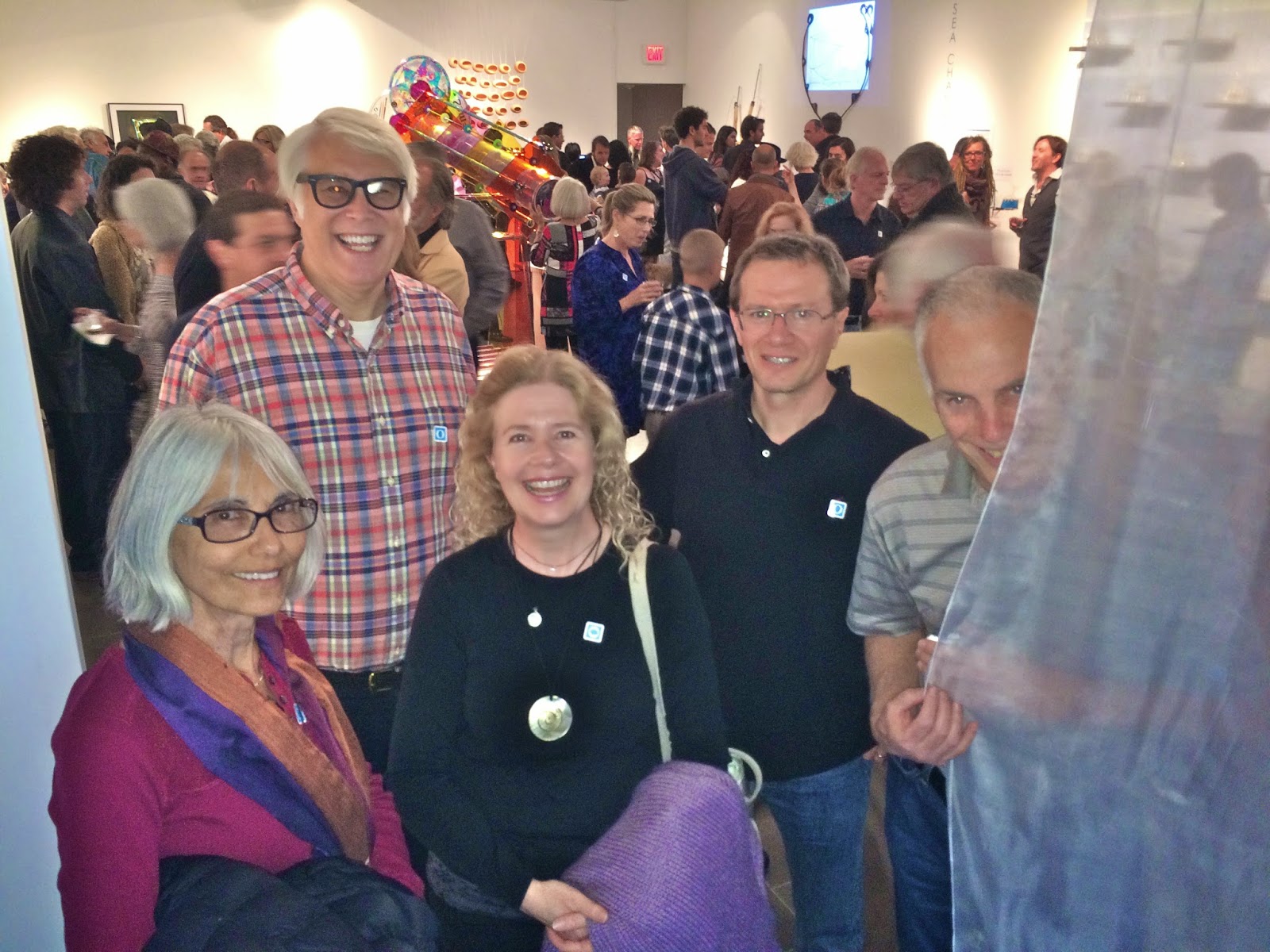 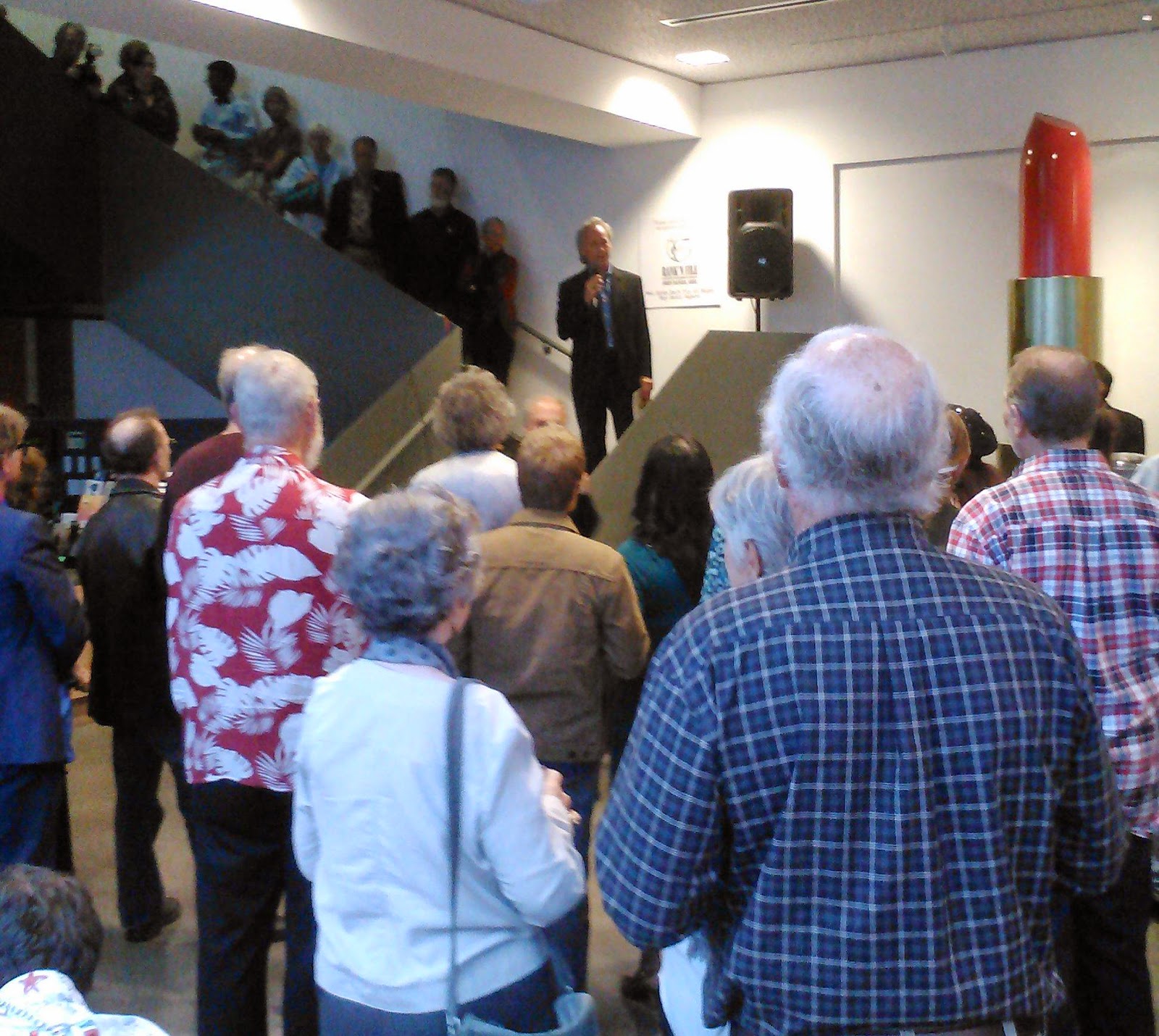 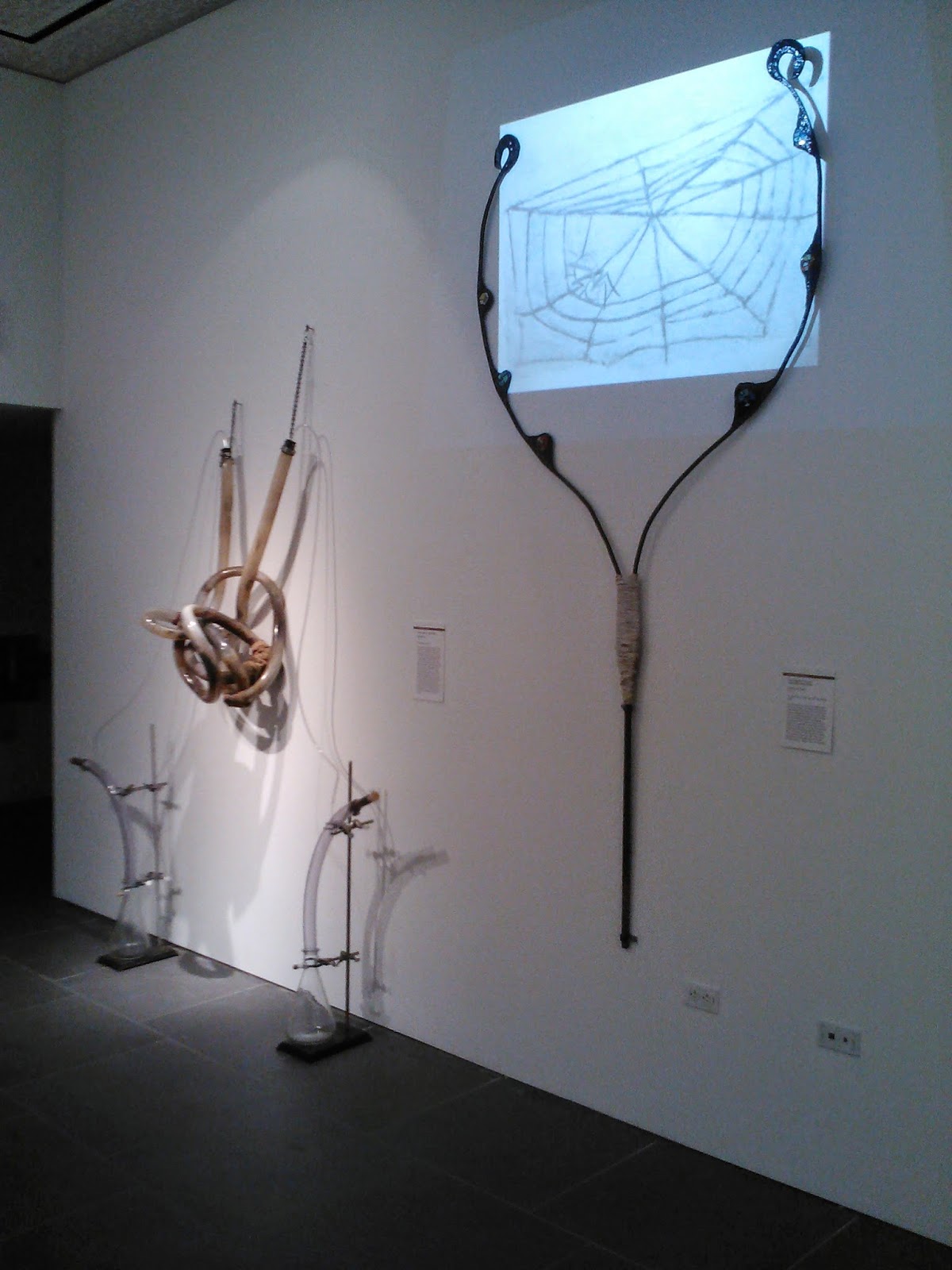 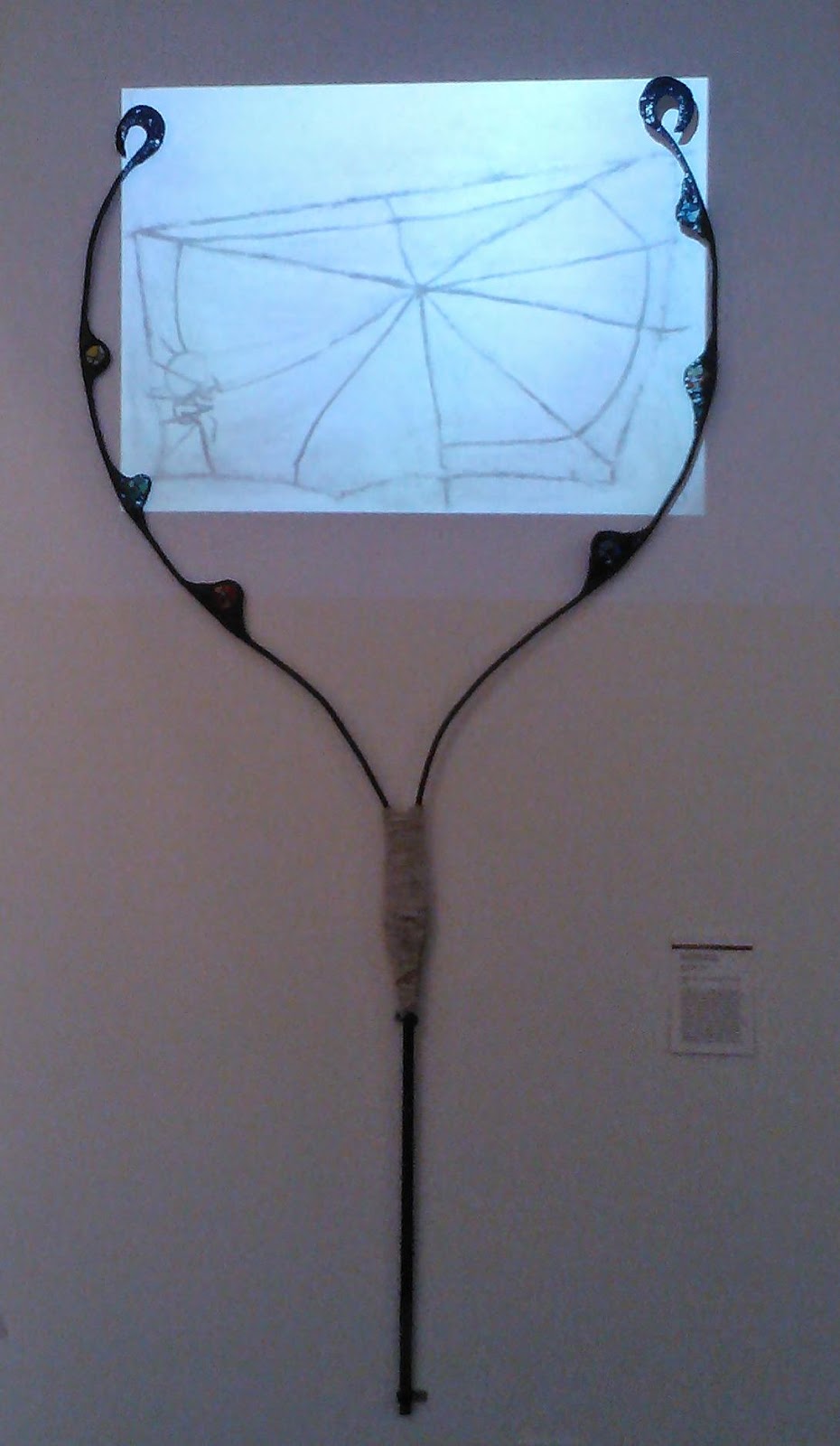 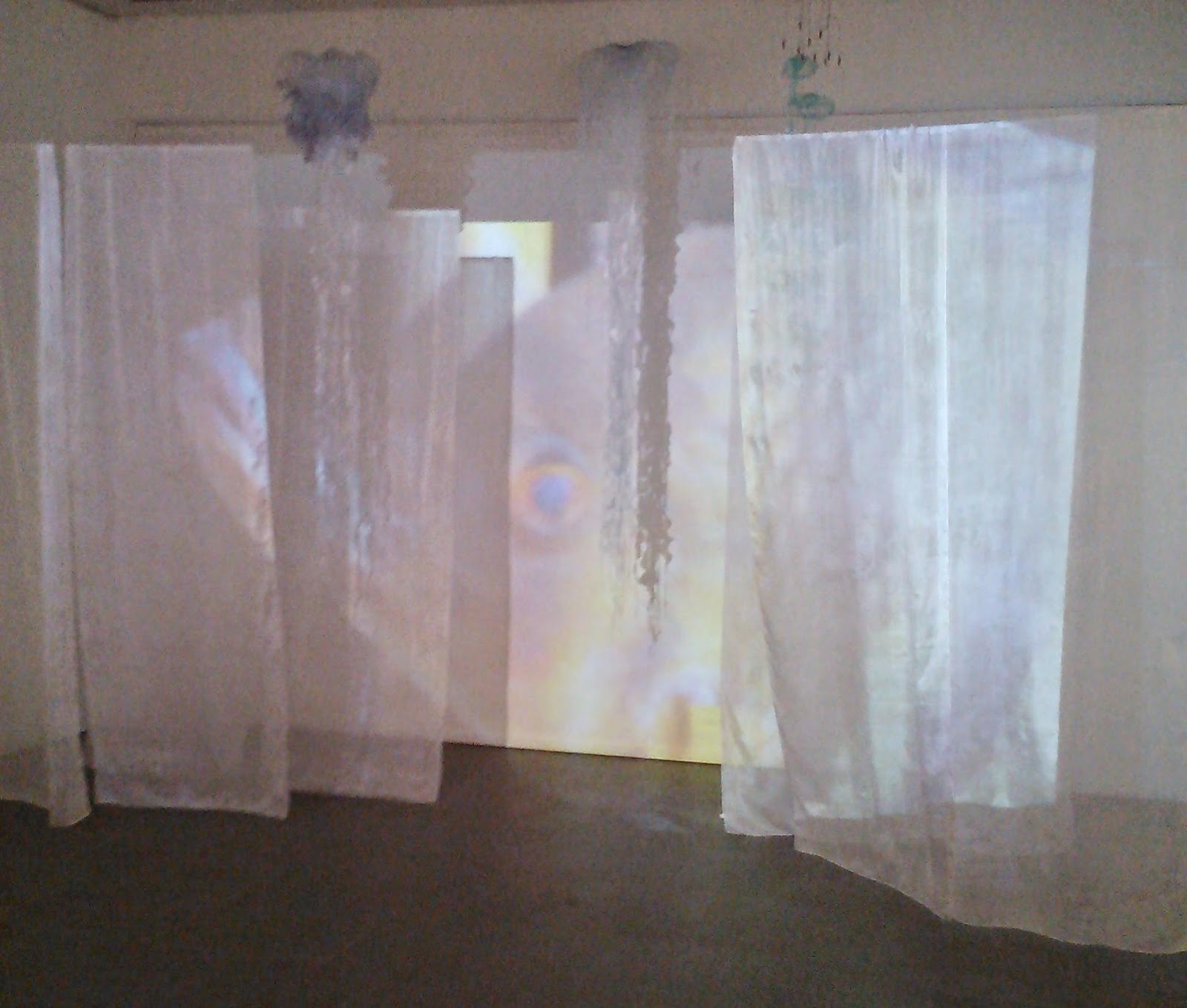 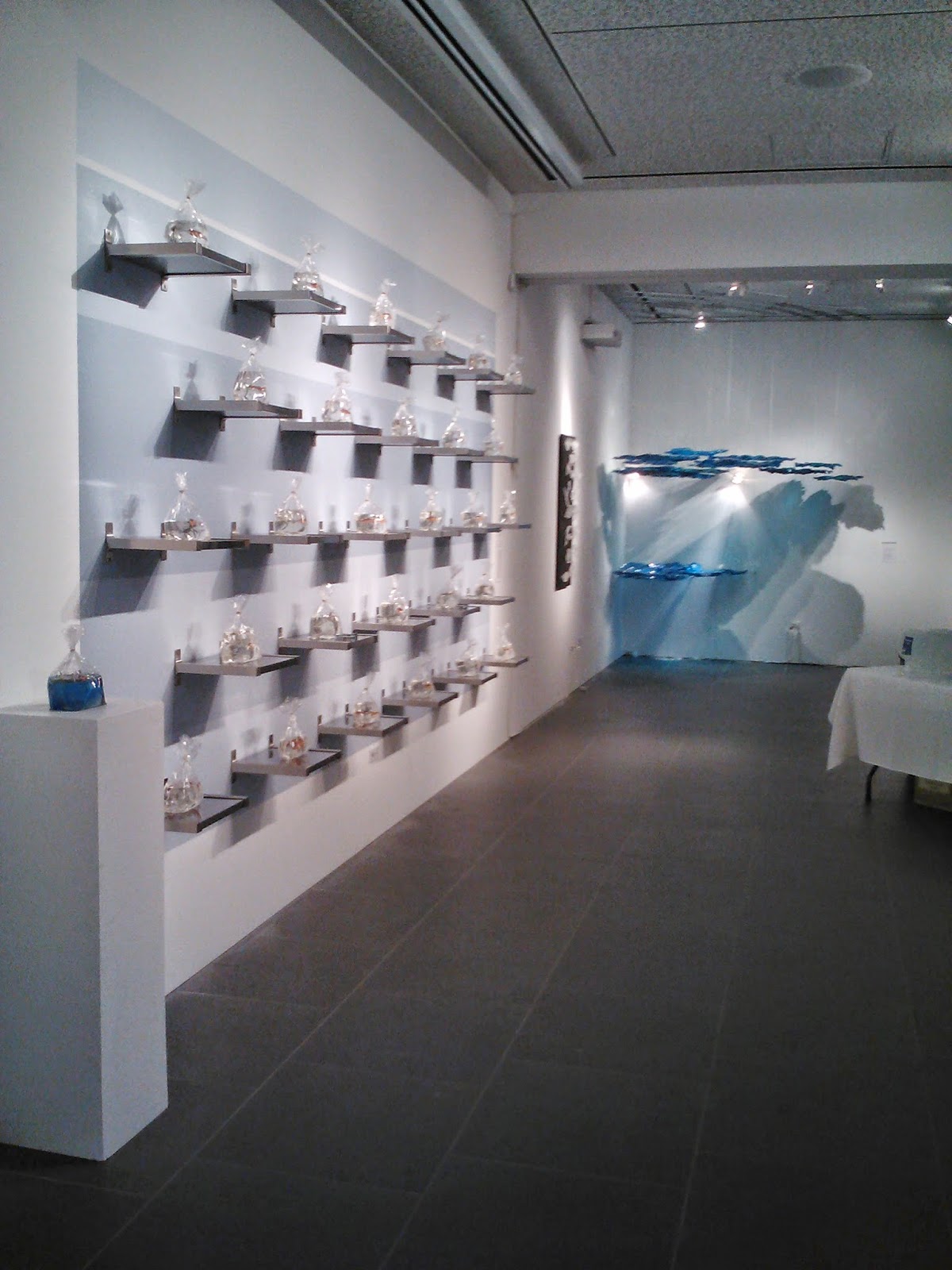 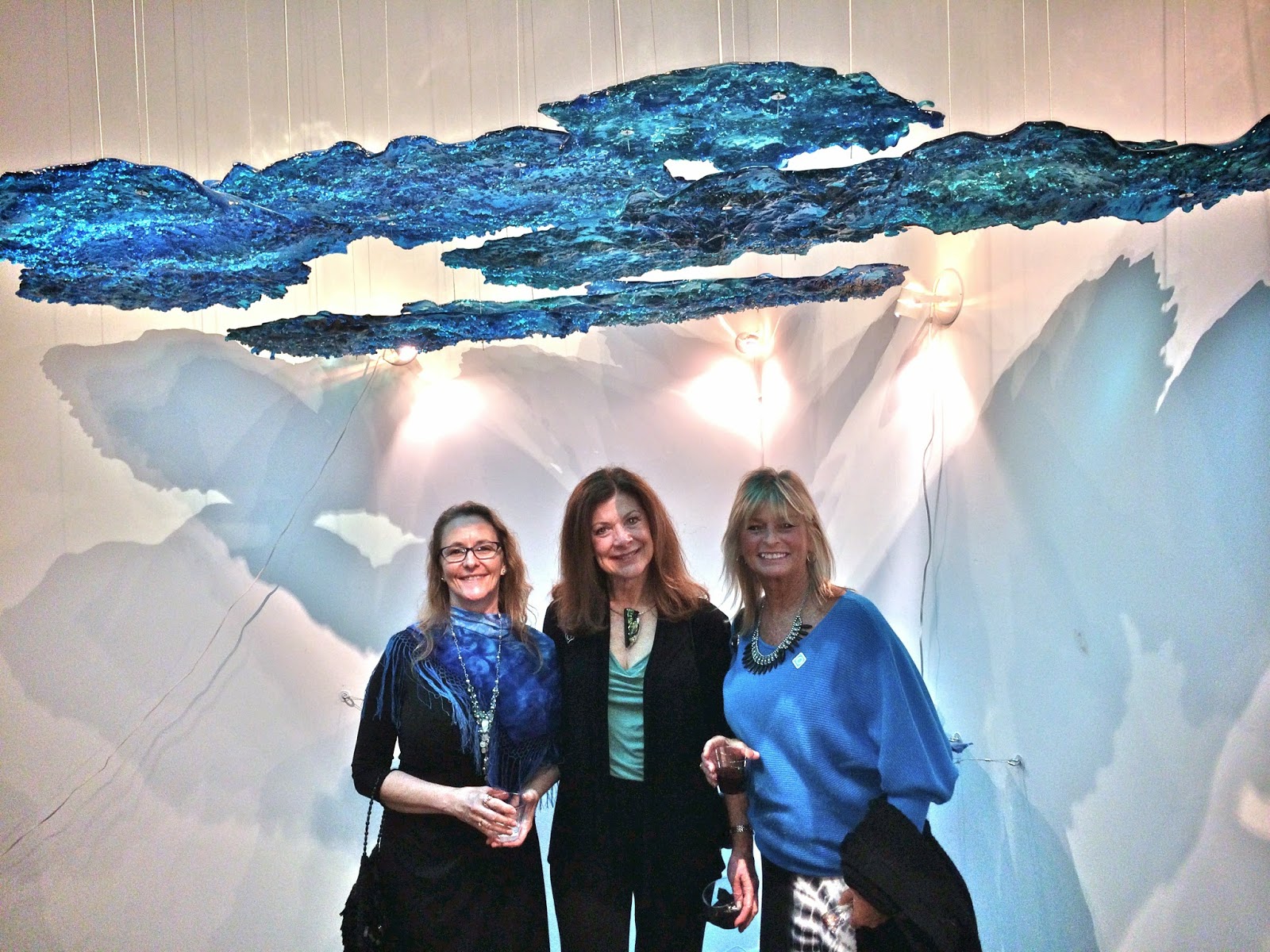 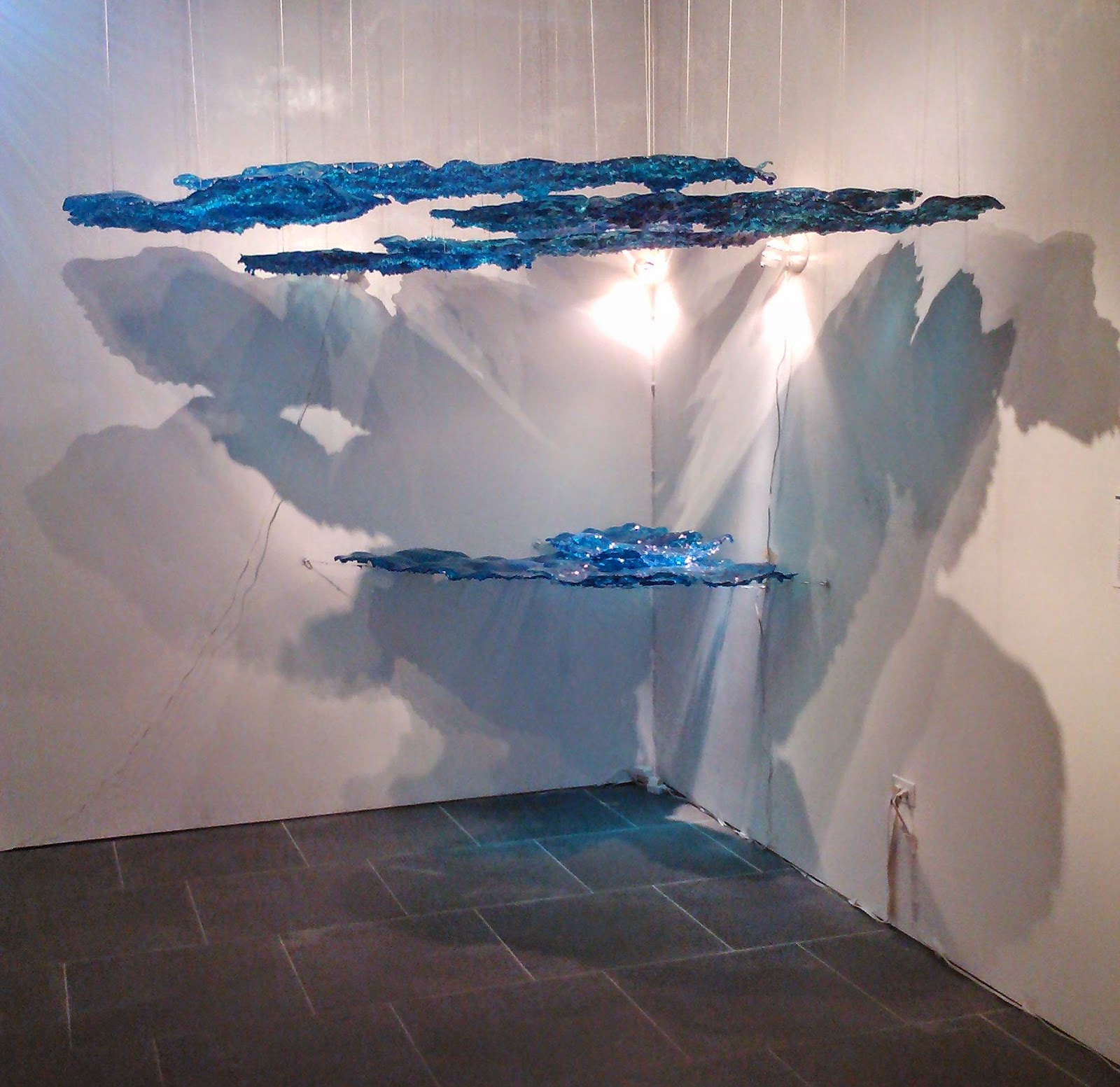 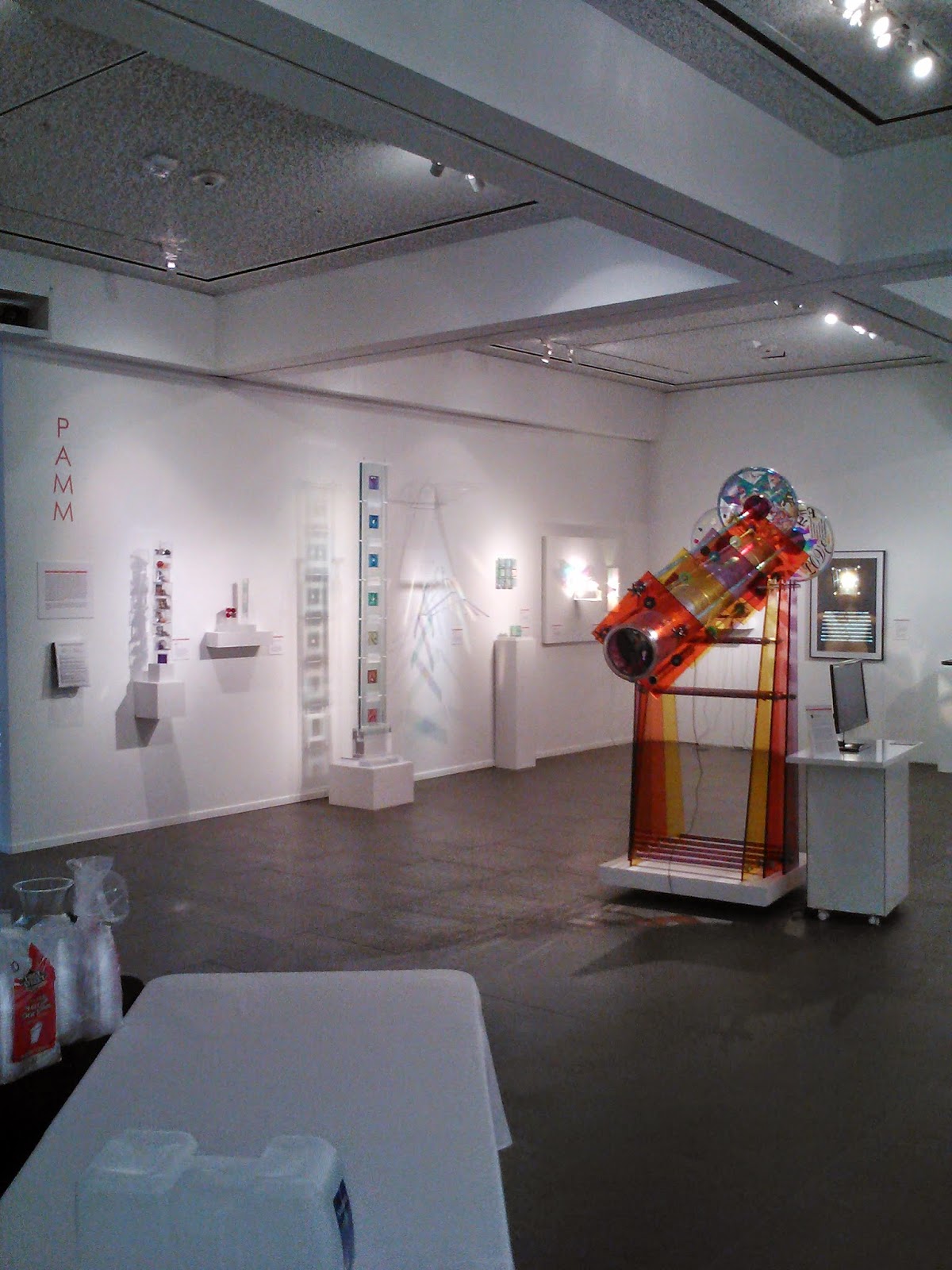 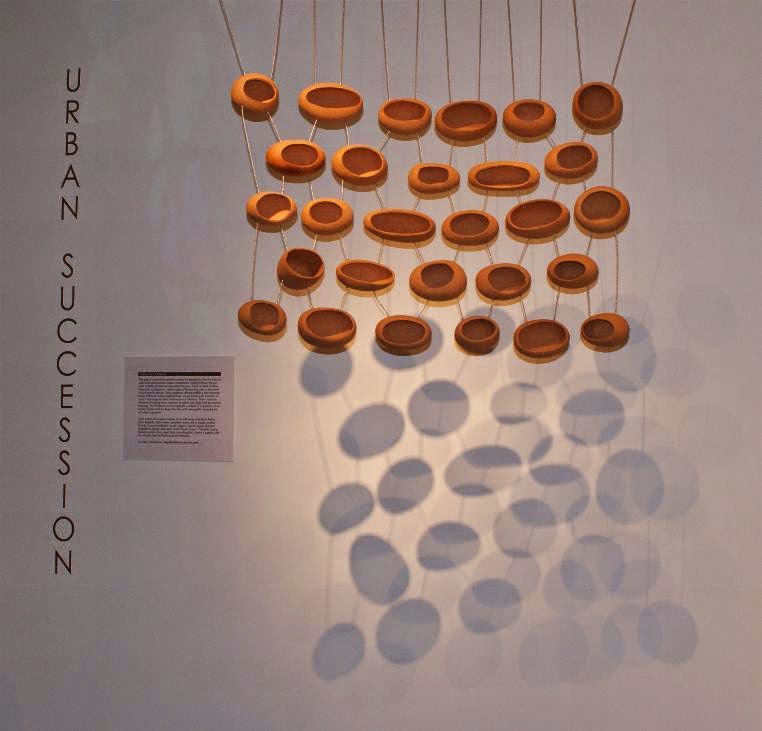 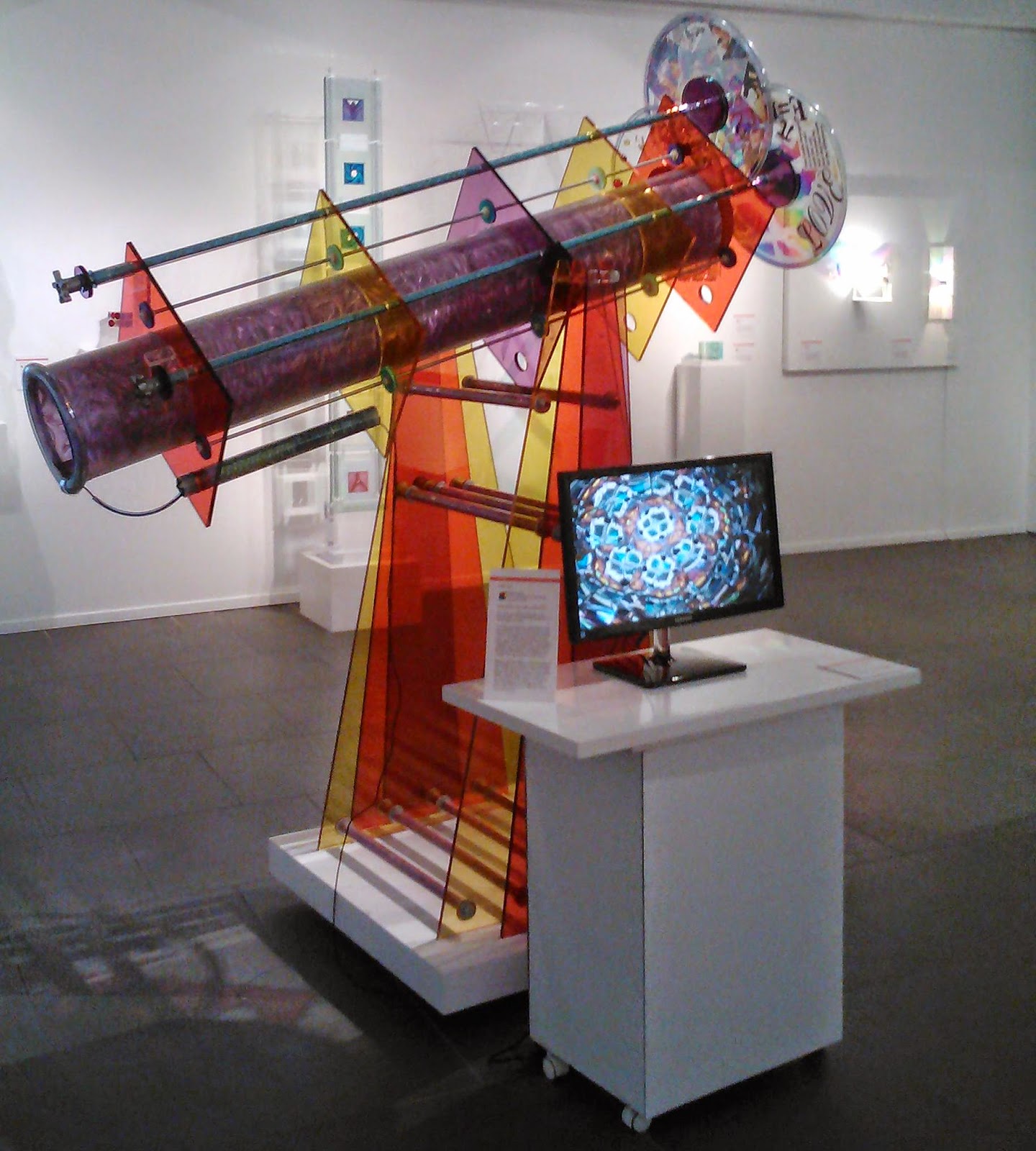