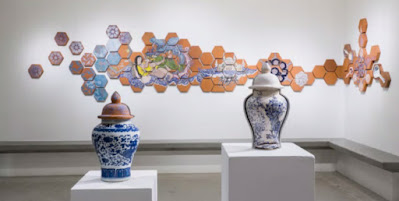 You can view this show from outside or make a reservation to visit the exhibition at Lux until Oct 31.   https://luxartinstitute.youcanbook.me/  or you can watch the lovely little video of the show.

During the virtual walk through, Quick Fire questions were asked by Lux Associate Curator, Guusje Sanders. We learned the following: Beliz

wakes up to a double shot of expresso,
get the kids ready for online lessons,
goes to her art studio
goes back at the end of the day to the family.
likes Meditating, walks, beaches.
lives in both San Diego and TJ.
re-reads Turkish books
cooks Turkish food
would have liked to have met Salvadori Dali
favorite artist is Judy Chicago
would rather explore outer space than underwater
believes you should measure twice and cut once 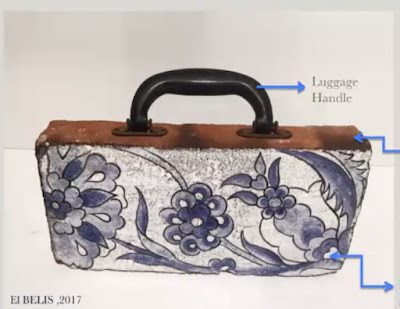 But her greatest and constant challenge is to create something totally original. Thinking in a different way is a must for her. She guided us through a history of her work including an emphasis on her migration story and her interest in women’s issues. Coming to America, marrying the wonderful Mexican artist Jamex de la Torre and having a child were huge changes for her. She wanted to be a graphic designer but the Turkish government school system makes decision about the future of its students and she was told to go into the field of ceramics after a series of tests. Luckily that worked out for the best. Taking her baggage, (reflected in the continuing series of brick valises) and getting used to the fact that the dust of Tijuana is now her reality, she has taken the very clay of the land to root her work in Mexico.

The hand-made bricks made from this clay are full of imperfections and those very flaws are valuable to her. They contrast with the precise details of Turkish miniature painting which she overlays on them. This exhibition takes a wider look, juxtaposing Chinese Porcelain (in the form of ginger jars) with the Ottoman shapes and decoration and stories of Turkey while still utilizing Mexican clay. 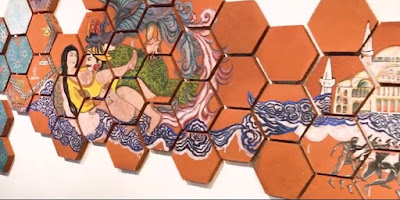 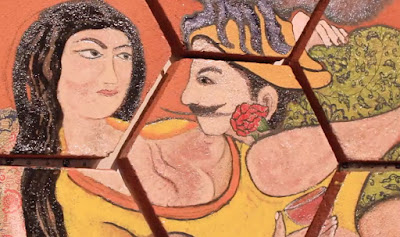 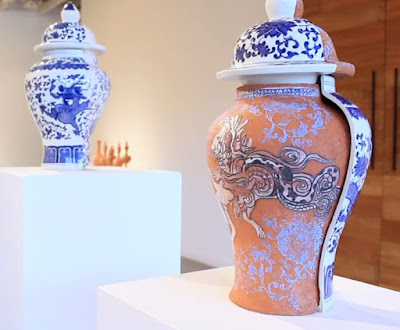 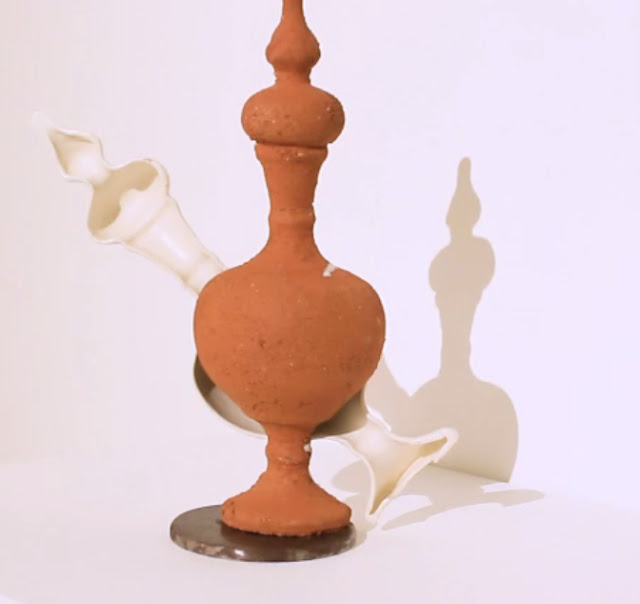 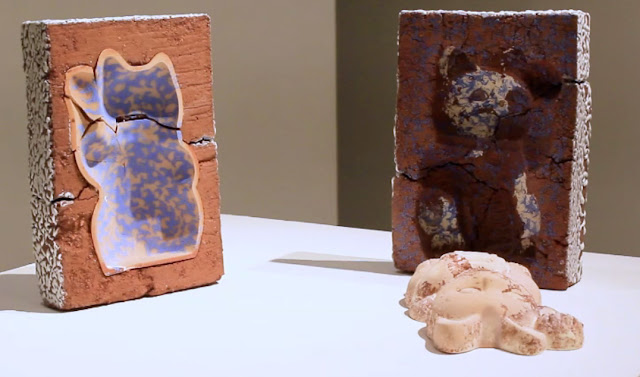 Violence against women in Turkey is a big subject. In her show at MCASD the work Where is she? draws attention to the missing presence of women. Her work for the SD Art Prize exhibition in 2014 was a wall full of lips with a video project on the surface showing a convening of women who contribute to the hostess as a way of saving as a community. What we found out was that lips were intended to be made of clay. But her little 3-year-old son with a friend decided to have a game of breaking all those tiles just two weeks before the show. Beliz bounced back and made the lips from plaster for the show. But those broken pieces of lips are finding their way into new artworks. In the Lux show they are buried in a clay wall but pushing outward, pushing for a voice. 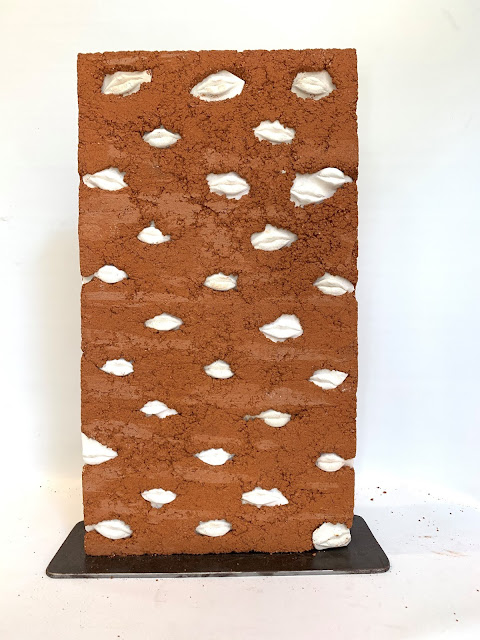 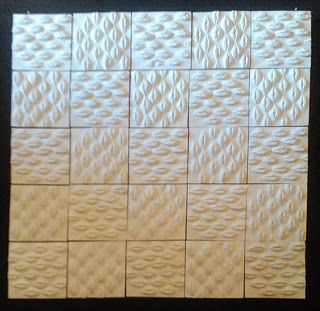 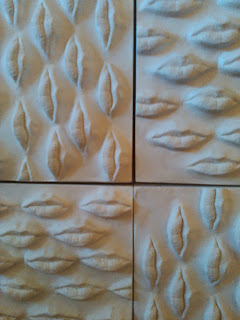