Pages from the Book of the Unknown Explorer: A Performance Lecture by Installation Artist Judit Hersko

Judit Hersko creates historical fiction. When you first experience her performance, you think you are listening to a factual commentary but it turns out that she has created and then inserted characters based on her mother and herself into her otherwise well-researched fact-based stories. She does this with a certain amount of glee and wonderful imagination. Her character Anna Schwartz is interested in the documentation of the sea angel and the sea butterfly, two pelagic snails that are the canaries in the coalmine when it comes to ocean acidification. The shell of the sea butterfly dissolves under acidity levels already present in some parts of the oceans and since the sea angel’s only food source is the sea butterfly they are both threatened. Decay and time are a big part of Hersko’s ephemeral pieces as she acknowledges that things change and pass. Threads of personal and collective memory run through the work.

Hersko creates photographs, collages, and sculptures to support her narrative and she inserts these into existing materials. Finding magical connections in historical facts inspires her and she weaves further relationships by inserting her characters. She works in the intersection of art and science as well as fact and fiction. 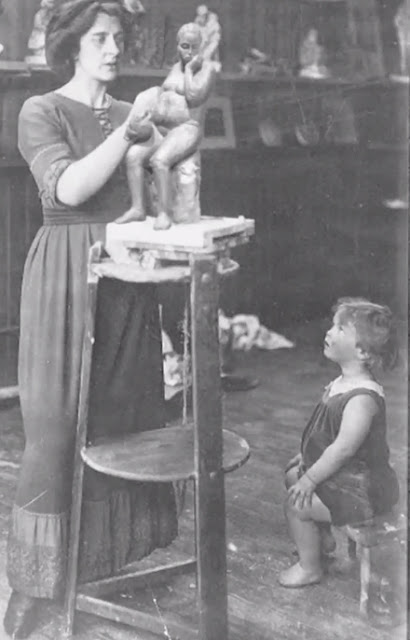 Sculptor Kathleen Scott  working in her studio with her son Peter

Hersko’s story focuses mainly on climate change science as well as important and undervalued women in the history of science and culture. One example is Ellen Browning Scripps who made her own money from journalism, never married and gave masses to charity in the San Diego region. Most of us, including Hersko, just assumed she had inherited or married into her money. There has always been a society of women who supported as well as practiced science and Hersko imagines her character Anna Schwartz interacting with those active in her era in both social and laboratory settings. 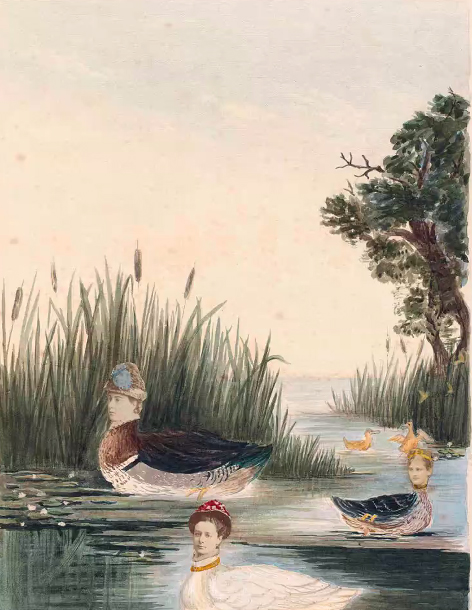 Judit Hersko works in close collaboration with scientists. She says she has a miniaturist approach and likes to get close to her subjects. However, creating the narrative allows her to zoom out and provide a wider perspective. Does the art benefit the science?  Her art is inspired by the science and helps to convey the science. But collaboration between artists and scientists is a two-way street as the scientists can do better and different work by having a new perspective. Artists have a different way of looking at things and the scientists in her sphere are inspired by her.

Judit Hersko is currently Chair of the Department of Art, Media, and Design at California State University San Marcos.