The Arts & San Diego: An ESPRESSO Point of View 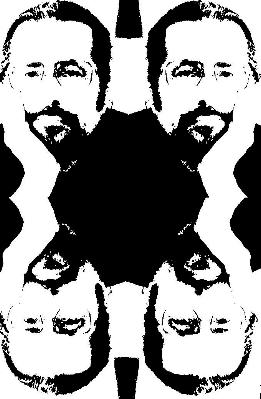 The Arts & San Diego: An ESPRESSO Point of View

I've read a good deal on the development of industry in SD in the 20th century, and the region has always followed certain tried and true paths to achievement. Organizing local power, finding friends among associative elements in society, lobbying Congress for federal spending and attracting suitable industry that brought jobs, economic power and more fed money is how SD became what it is. I hope that those who claim Arts is an engine of economy have it right; but those advocates need some planning, organization and direction for what Arts can and ought to do here before they can make friends, make a system that creates aesthetics of all kinds, provides income for many and draws respect, money and talent from everywhere. Arts need to industrialize, or at least learn the benefits of industrialization methods to secure the kind of future where Art can thrive.

(So the approval by the County Supervisors to look into a commission) This is great news. I would add that County ought to assess various real estate sites everywhere in SD; abandoned buildings; marginal structures and other likely places where artists, creatives and constructors might go to work cheaply.

A quick glance at local art history shows a pattern of artists of all kinds being more able to work effectively when not fraught with heavy rent and other expenses. Art thrives in the margins of real estate and slums are the breeding grounds of creativity of all kinds. Suitable places or even districts of "hands off" locations where many rules now governing building codes, zoning, etc., are needed for Arts to thrive. One example that San Diego lost was the bronze foundry at NTC. This once cast propellors for navy and civil ships years ago; it was perhaps one of the most advanced foundries of its kind on the Pacific coast. NTC's changes spelled the end for that foundry---and for the end of opportunity for interested people to learn the arts of casting bronze, and the works they might have otherwise produced---and the money they might have made.

In my comment supporting the vote*, I mentioned Eric Hoffer, who wrote "The True Believer" in 1951. Hoffer is an almost forgotten philosopher who spent his life in California, working in blue collar jobs of all kinds while developing original thought on the human condition. His comments on places where creativity thrive fit San Diego almost perfectly. Those comments ought to be a basis for recognition of what this region has to offer artists and creatives, and perhaps a guiding light toward more firmly establishing this place as a seedbed of human creativity on a human scale. SD is already celebrated for this on a corporate/educational/bureaucratic/government level; high tech, aviation, munitions making and tech development are firmly established elements of the local culture and have been for years and were seeded by the same kinds of things Hoffer mentioned in the 1930's that described San Diego. It is long past due to give the individual artists a chance based on the same recognitions of suitability to Arts of the area.

In a similar vein, perhaps County could organize awareness and sponsor the donations of equipment to a central store; a kind of library of tools and materiel to be checked out as needed by those needing such for projects. This of course would be a considerable effort requiring a good deal of clerking power to make happen, which is why the County Library system ought to be asked (and funded) for help to administer such effort and perhaps the community colleges enlisted to train people in the proper and safe uses of tools, techniques, etc. Tools, materials, etc. might be donated by the public, acquired from estates or construction sites, etc. and repurposed.

Sadly forgotten today are the many things San Diego once produced that contributed to world culture: the nascent development of artistic tile to be seen atop the tower at Balboa Park and the Santa Fe RR station, began in the early 20th century and was a casualty of WWI. The use of concrete casting techniques to build ships---and later sculpture---happened here first in 1917-19 and was promptly forgotten once the war ended. The development of the fishing boats that once were SD's largest industry were specific to San Diego and incorporated as much aesthetic style into the hull design as utility and cost would allow and established a class of vessel unique to the area that lasted until advances in technology made such small vessels obsolete. Even the earliest imported utilitarian flora---the humble arduno donax, or elephant grass, was brought by the Spanish here for use as a building material and was later used in a budding industry that made reeds for woodwinds from that grass for worldwide distribution, until the Depression ended the trade are virtually unknown victims of time, politics and economics----yet were once the result of SD creativity, application and tenacity. There is a lot that can be done here, from the ground up. That message must be promoted and cultivated and it’s in the County's interest to do so.

Toward the ends of Arts promotion, County would do well to cast about to find likely friends to help the effort. The school districts, sports centers, Port District, libraries and the more than four hundred local coffee vendors ought to be eyed for what they can do to help in ways they can---as gallery outlets, sites for festivals, etc. This will take some dedicated effort by County and perhaps Arts organizers to multiply forces, but will be worth the trouble if SD is to become a true home for the Creative mind and talent. SD is fortunate to have Mexico on its border; a place teeming with capable craftspeople and artisans and artists of every kind. We have the possibility before us to build a place like no other in the world with regard to Arts. All it takes are the usual blood, toil, tears and sweat of Churchillian proportions; that and a corps of messengers to shape SD's Arts PR in ways that will intrigue the world just as it did about the desirability of the SD region generations ago.

As I said before regarding Hoffer, SD is perhaps the best place in the US if not on earth for that kind of thing to happen and we could do worse than being known as a world home of Art of every kind, much as Los Angeles and Hollywood became the first world home for film.

I think the County's recent vote is a step in the right direction and one that may lead to a better, more civilized and exciting future. Let me know how I can help any time.

* August 14, 2021 at 10:46pm PDT Philosopher Eric Hoffer said that for a place to home to creativity, thought and action, it has to be easy to live in, have no fear of failure, enough capital, more intellectual capital and sufficient resources. He may as well have described San Diego. As our history shows, creativity pays and always has; by reanimating a dedicated Arts and Culture org within County, you will aid artistic, creative, intellectual and other development in ways yet unknown to the future. God knows we need that.