Pretend I Am Dead and Bring Your Wallet 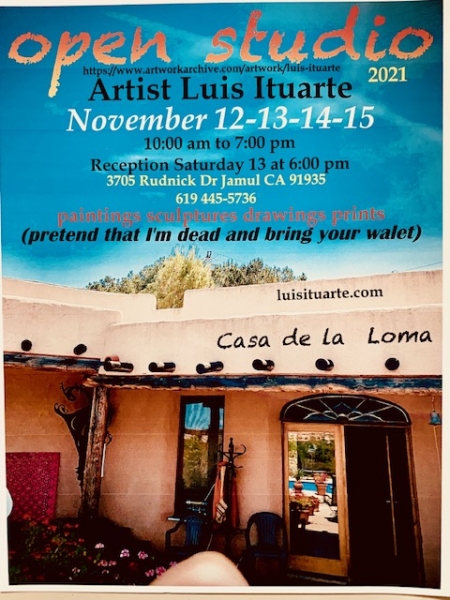 Luis Ituarte opens his studio this fall and shows the San Diego audience his range of art which is as wide as the combined brims of all the hats he wears i.e. working as a curator, program coordinator, art center director, art instructor, writer, and public speaker.  Ituarte has always produced art and has always had a job in the art community. Now, he and his wife, poetess Gerda Govine, have a large property in Jamul which can finally house their extensive output.
Over a life time, he has worked in many mediums on many projects, but he is one of the few artist whose work in each series fortifies itself and never seems repetitive. I have chosen to show some multiples of these consecutive works so you get an idea, but I have also included some singular pictures which are  also a part of a larger series.
The delight of an open studio tour is  to see a vast array of works as well as the inner workings of the actual work space. Ituarte is so generous to open his home and studio so the public can have this special view. On Saturday night from 6 pm there will be entertainment including a poetry reading by Govine.  And yes, bring your wallet and collect a number of these works now while you can still afford them. Ituarte is scheduled to have an exhibition at the CECUT in 2024.
All following photos by Patricia Frischer (Yes, I take the blame for the bad quality!)

See if you can follow the dancing green line in these black light beauties. 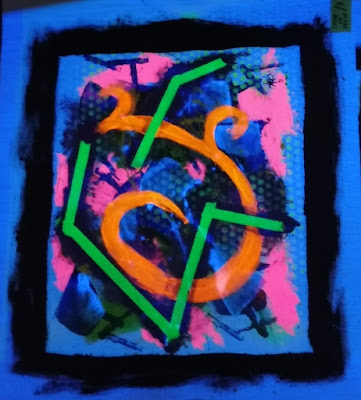 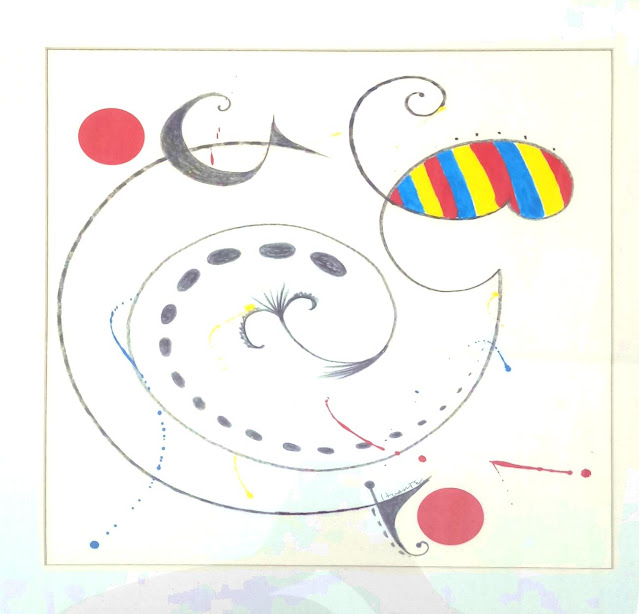 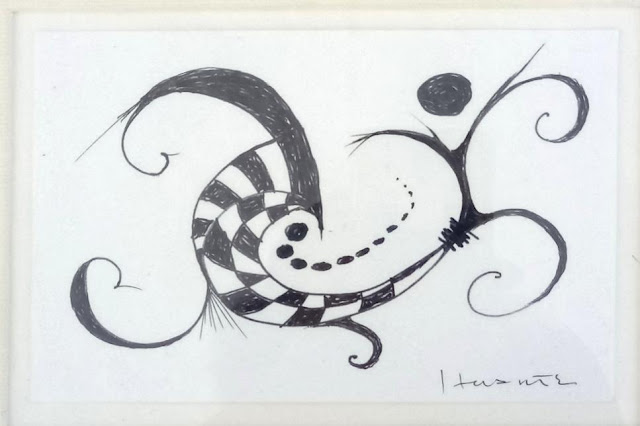 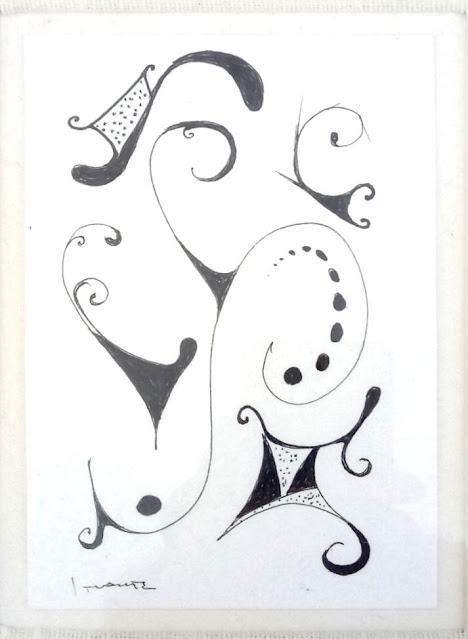 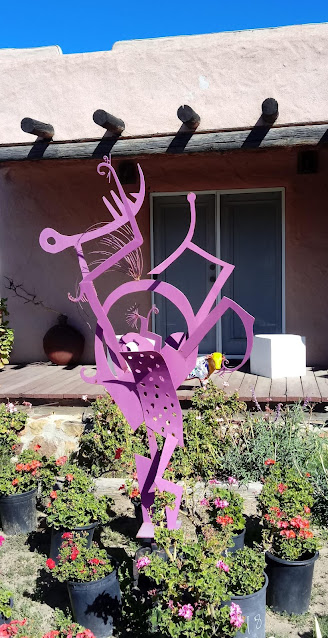 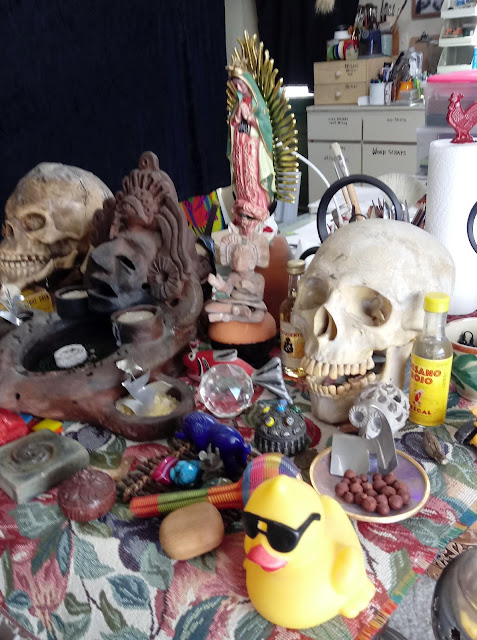 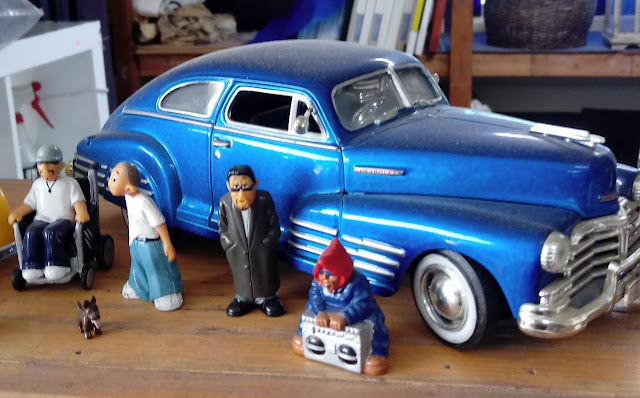 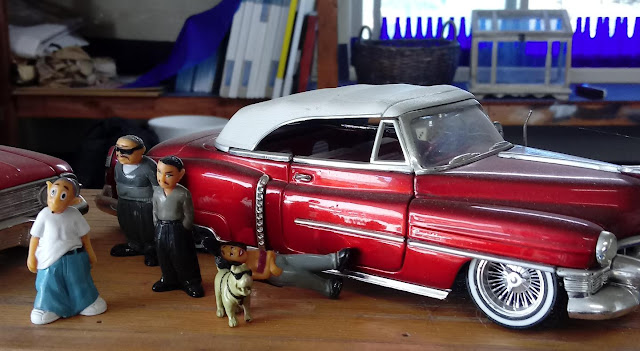 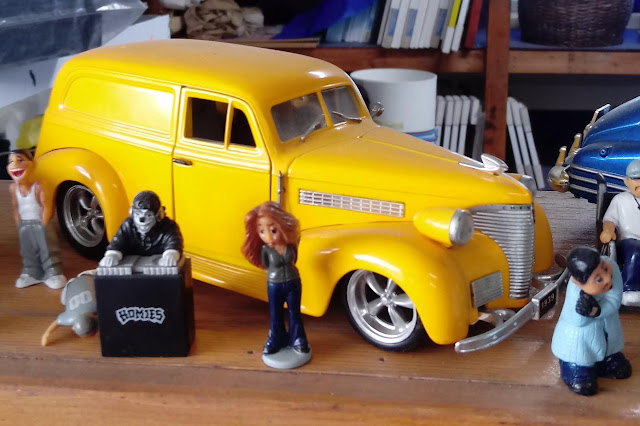 Being born and raised in Tijuana Mexico, Ituarte completed his education in Mexico City and the City of Guanajuato in 1995.  He returned to Tijuana to start an exchange project  “Bajo El Mismo Sol” (Under the Same Sun) between LA and TJ.  In 2003, he founded Consejo Fronterizo de Arte y Cultura (COFAC)/Border Council of Arts and Culture, a non-profit organization dealing with border issues and the environment. Under the umbrella of COFAC, a house where a trafficking tunnel was discovered was transformed into La Casa del Túnel: Art Center that same year. In 2008 he founded Mariposa Artist Residency & Gallery, located across the street from La Casa del Túnel: Art Center. Ituarte turned both of these thriving projects over to a non-profit organization in 2013. He now lives and works in Jamul, CA.
Luis Ituarte Open Studio 2021 - Nov. 12 -15, 2021, 10 am to 7 pm.
Reception Sat. Nov. 13 from 6 pm
3705 Rudnick Drive, Jamul, 91935 luis_ituarte@hotmail.com 619 455 5736
Posted by Patricia at 7:40 PM