The Artist’s Mentor: The Hyde Gallery

Nb. The artist quotes below are by Don Harrison.

Grossmont College's Hyde Gallery is showing work by mentors and their students - who are mentors in their own right. 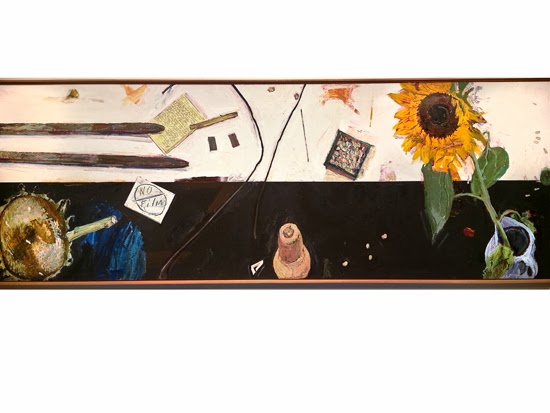 What do students say about their mentors?

Leslie Nemour recounted: “Patricia [Patterson] really encouraged me.  I learned from her that it was okay to use things from your own life, every day experiences.  She also pushed me to take painting classes with Manny.  I was so scared of him—he was such an important figure, such a big voice, I didn’t think he would be interested in anything I did.  But then I started studying with Manny, and took graduate classes in film criticism, and I think Manny showed me how film was like painting.” 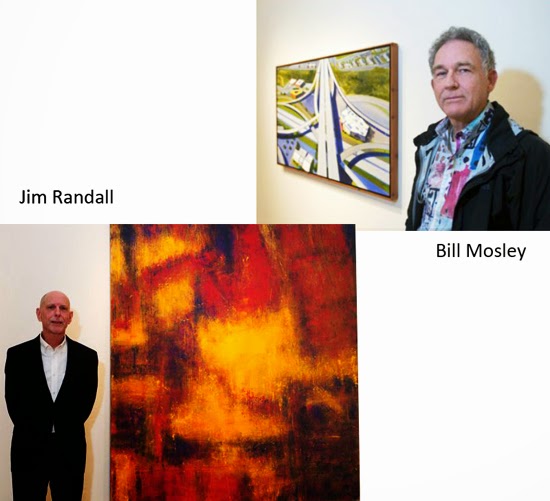 Both Jim Randall and Bill Mosley offered their perspectives about being influenced by Patterson and Farber.

Mosley saw Patterson's interest in the familiar as a way to frame his work: "Instead of working with ‘bigisms,’ you could work with personal sensibilities—your own life—and they encouraged us to do this. You did images of your experiences in the world and your families.”

Jim Randall recalls his sitting in one of Farber's film classes.  “We were in a pitched arena so he had to put on a show.  There were 200 people in his class and his showmanship matched up to the scene." And about the influence on his art-making: "Before, I was making things that were much more recognizable – the same material, the same source material, but I wasn’t happy with it,” he said. “So I decided to zoom in as if it were a movie and get more atmosphere into the painting.”

The exhibit is more than an exercise in film, more than a series of images; it is also about memories of those who went before and who remind us of who we've become  – as artists.