Beyond Van Gogh: The Immersive Experience

When I was teaching art in London, I was able to take my class to an important landscape exhibition. Their assignment was to imagine that they were actually in the painting and design what activities they would do there for a day… a picnic, a swim, a stroll, a rock concert, a masked ball. They had to place themselves inside, wandering around, noticing their surroundings. Twenty-five years later, this experience would be made much easier for them with Beyond Van Gogh. But instead of our own imagination, we are invited inside the creative mind of Vincent Van Gogh.
Fanny Curtat, the Art History Consultant for this show, believes events like this might lead reluctant museum goers to seek out the original works that inspired so much effort by her team. Normal Studio with the Paquin Entertainment Group and Primo Entertainment  who put together Beyond are just one of several conglomerates that have packaged the Van Gogh legacy. This one has a large educational component and calls upon it own creative tech artists to imagine the works and words coming together with music and animation for a truly impressive presentation.

Ms. Curtat was careful to emphasis that the Beyond Van Gogh does not concentrate on his self-mutilation, but instead takes you from darker days to huge burst of joy and color. There is a room of lighted text, followed by a space filled with a moving  waterfall of color to accustom you to the final large room with about a 35 minute sequence of images. You can come in at any stage and you might want to repeat parts by quietly sitting on anyone of the benches that seem to be lifted from the style of a Van Gogh room. 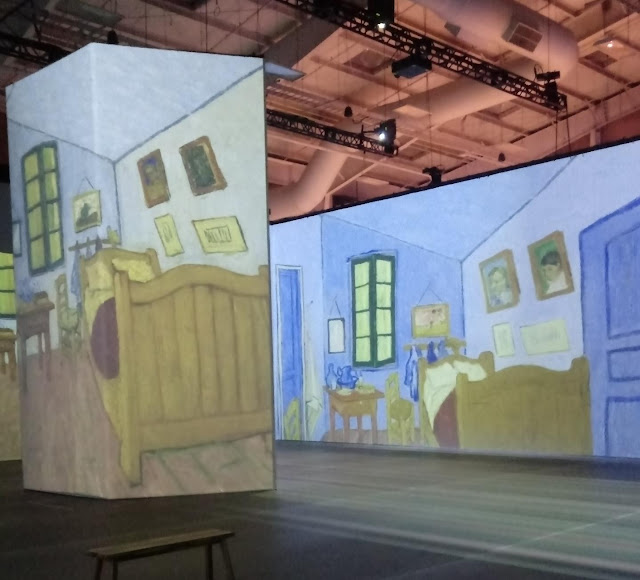 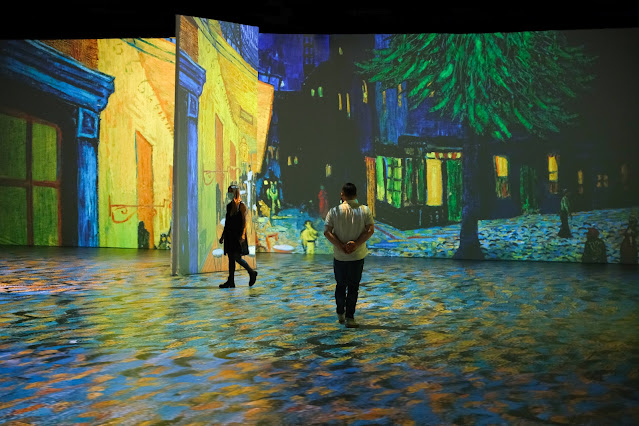 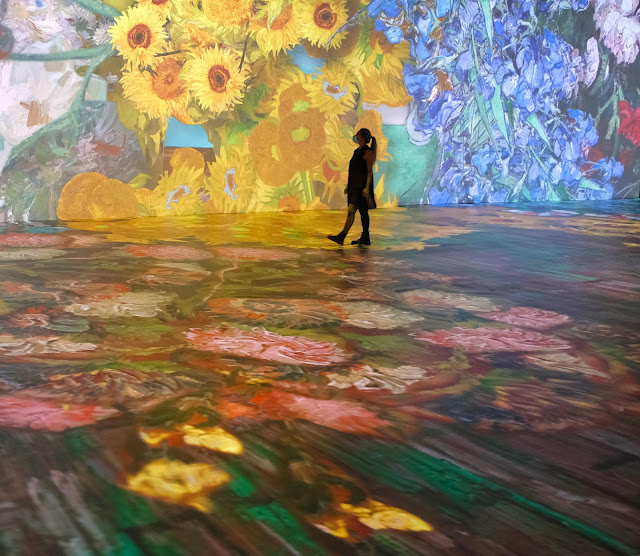 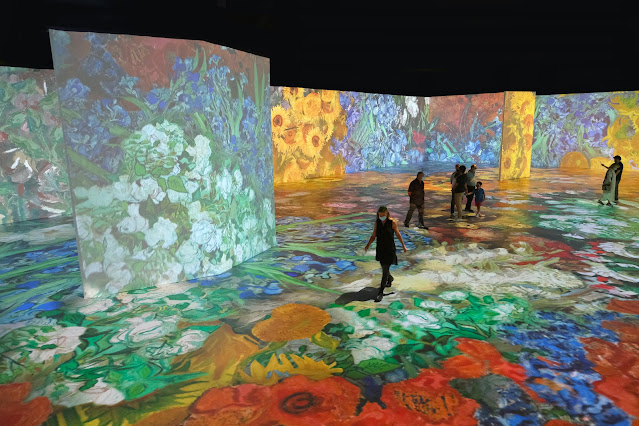 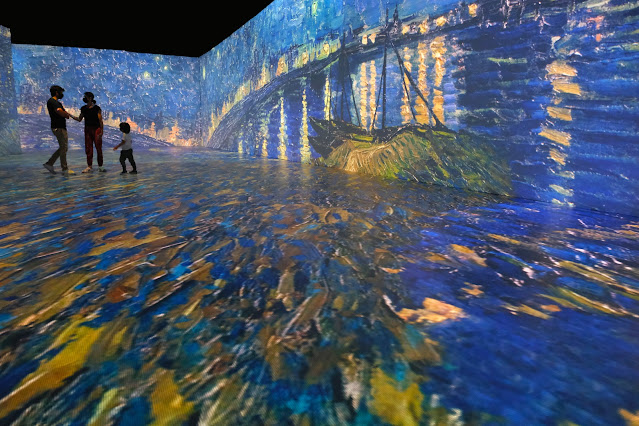 In November, Van Gogh had his most successful auction month ever, also leading to a yearly record. One outstanding lot was his Young Man with Cornflower, which sold for $46.7 million - having been estimated at only $5 million - $7 million. You can buy your own little bit of Vincent memorabilia in the extensive gift shop at the end of the show.