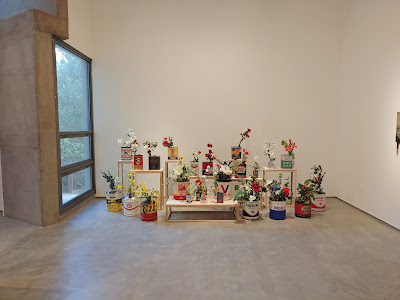 Minerva Cuevas is a new breed of conceptual artist. The traditional version is an artist who uses the idea or concept in such a way that it is considered more important than its appearance or execution. Ms. Cuevas is an ideas women who employed craftsmen to produce impressive art works. Her concepts are not manifested by her own hand, but the ideas are still the most important part of the works.

The tar dipped landscape pictures and artificial flowers in oil cans seem to be obviously a comment on the oil industry, pollutions, climate change, ecology.  But she has written an entire sort of manifesto called Against Activism. I found her writing so interesting and with so much to think about, maybe even more than the images. So then she slots right into the conceptual artist category, if you could possibly categorize her!

Against Activism by Minerva Cuevas

The unthinkable has caught up with us.

It took us an eternity understand culture as a form of struggle. We were contemplating and participating as actors in the ad nauseam. We trusted that someone would do something at a given moment, that they would undertake the campaign to enforce our zombie laws and constitutions. We stayed here, without having convinced the demons to act in our favor.

We didn´t come to understand what it is that puts us in relation. We ended up talking more clearly about sex than social relationships.

We have tried everything: lighting bonfires with extinguishers and then cooking the ideal social recipe, one that would respect our privileges and interests and still and because of that be ideal.

There is no worse emptiness than the abysm called change. We were here to destroy, not construct over the landscape in ruins. We preferred to abound in prescriptive thoughts. Pornorama.

A phase of geopolitical vicissitude has denoted a change in art and the circumstances of its production, distribution, and perception. But the thing is, half the world is starving. Activism as a static category with its denouement in statistics, not in aesthetics.

We could never stop adoring the dead to defend the living. Death verbiage. Napalm ended up tasting like candy to us, we reached the level of death by manipulation. The extinction of civilization was reported as a violent event in which society assaulted its own habitat and its species until there was nothing left to call humanity, only a few men without memory remained. We didn´t have time, but time was all that we had.

The inferno belongs to those who work for it. 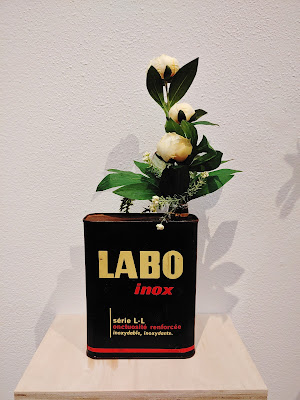 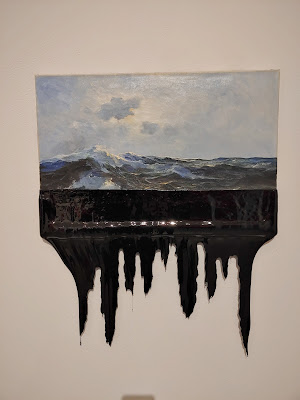 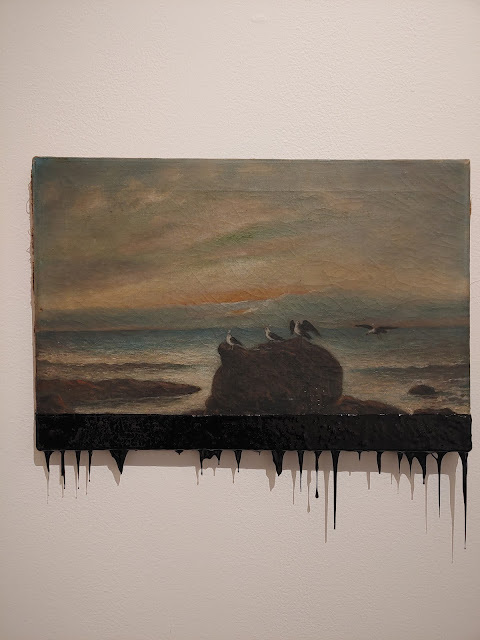 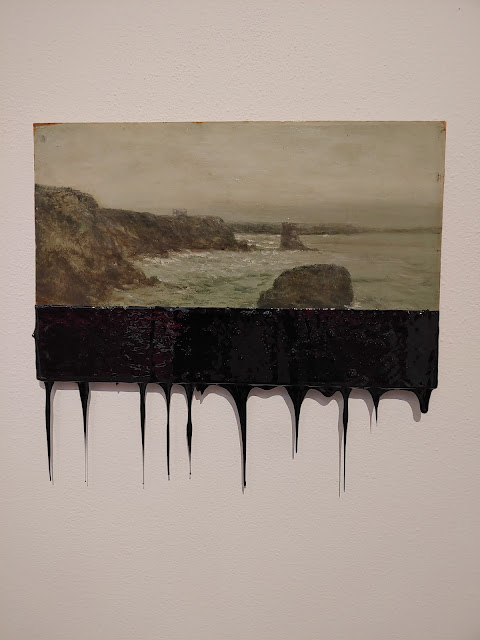 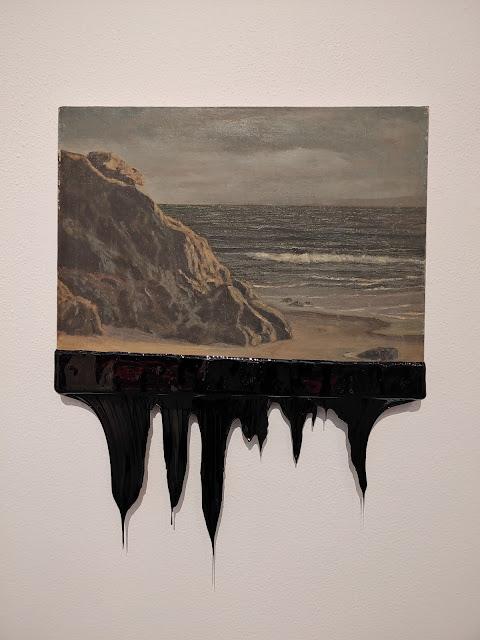 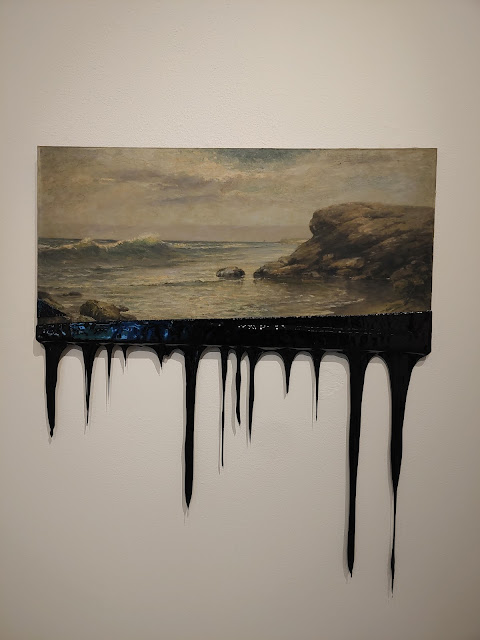 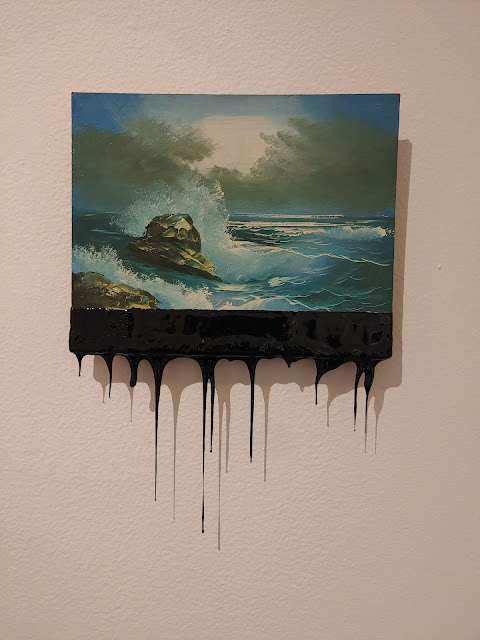 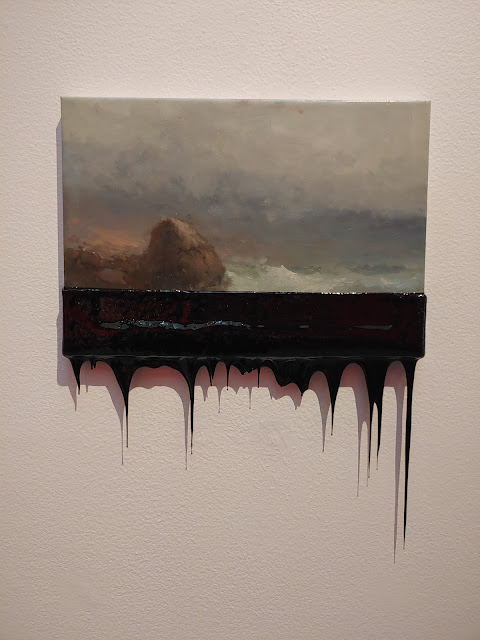 P.S. I understand that ICA North in Encinitas may have a bucket of tar available to dip various items. I don't want to miss that!
Posted by Patricia at 9:33 PM