Messages revealed: Dragons, Phoenix and Other Symbols in the Art of China 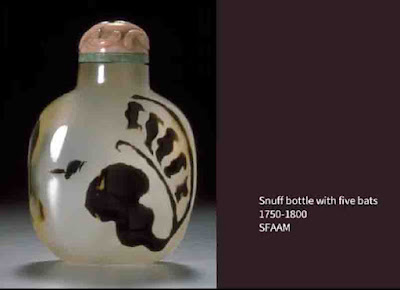 Symbolism runs riot in all of Chinese culture. Words can have double meaning depending on their sounds. Materials denote life forces. Animals and flowers are tools of enhancing celebrations. There are simply an endless number of symbols that change from region to region and over time.

This lecture sponsored by the SDSU Chinese Cultural Center started with the major presentation by Allie Arnell speaking about the significance of numbers and it ended with Lily Birmingham added further insights on that topic, especially about the significance of numbers. In between, Bob Stein moderated the discussion. We enjoyed all the interpretations and this also gave us another excuse to just look at wonderful Chinese art works.

The swastika symbol actually started in India and made it way to ancient China and signifies 10,000. When you see this mark, think vast quantities of wishes for fertility, security, and happiness. One hundred is a very lucky number as a symbol of longevity.  The 100-flower motif with Crab apple blossom, peonies, chrysanthemum signifies a hope that the dynasty will last as long as there are flowers blooming in the world.  When you see 5 of anything it could stand for the 5 blessings: health, wealth, longevity, love of virtue, death by natural causes.

But there are bad luck numbers.  The number 4 sounds like a similar word for death. Like our number 13, there are no number fours in elevators. Number three can sound like separation, so bad for business and marriage. 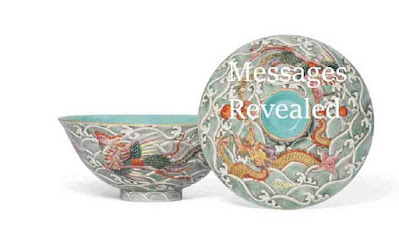 Dragons are the most important symbol of China as a county and a dragon with 5 claws is imperial. Dragons stand for protection, happiness, and fertility, and they are the transition between heaven and earth. You often see a dragon holding a pearl of wisdom.

The dragon and the phoenix are both fantasy animal and a composite of several species.  For example, in one beast you might see the nose of a camel, ears of a cow, eyes of a serpent. The dragon is the emperor and the phoenix is the empress. Marriage presents with a phoenix is congratulation recognizing that the bride is an empress for the day.

The Crane is longevity so pairs of cranes are given for marriage celebrations.  A flying crane denotes success. The pheasant is a bird of wealth and the peacock of enlightenment. Mandarin ducks mate for life. Fish symbolize abundance perhaps because of the quantity of eggs they produce. A Crab shell and the word armor sounds similar to the word for success. The Chinese sound for the word bat is similar to that for blessings. Magpies mean happiness.

The strength of the material, like jadeand metal denotes strength of character. The vase shape is thought to represent peace. A gourd shape brings fertility. A vase covered with bats thus is blessings of peace as vast as the sky. An added sash on a vase can mean blessings for many generations. 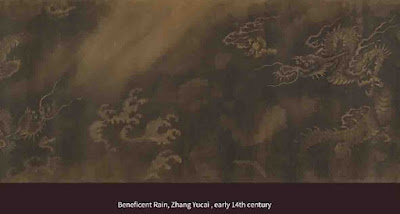 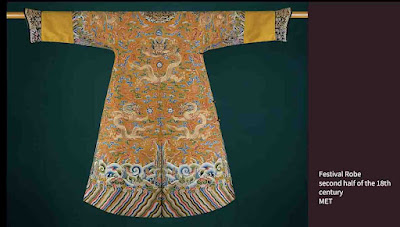 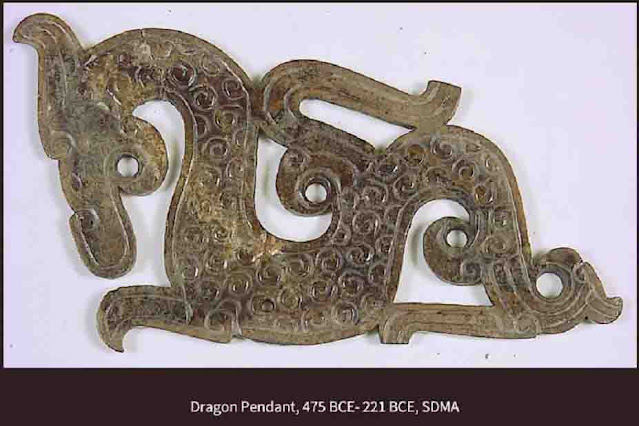 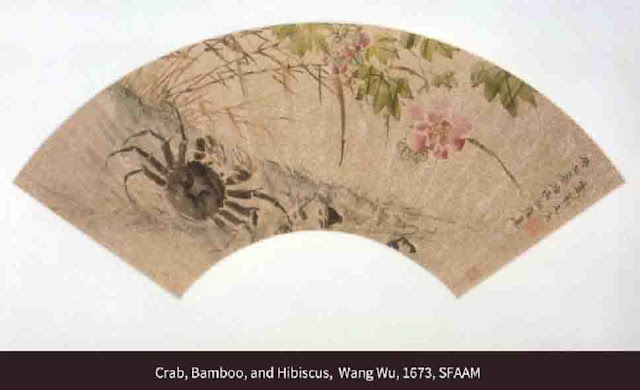 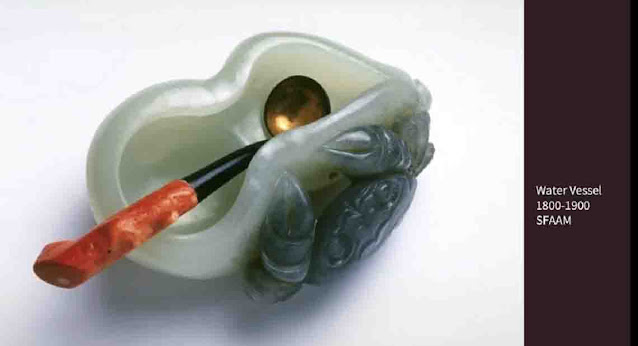 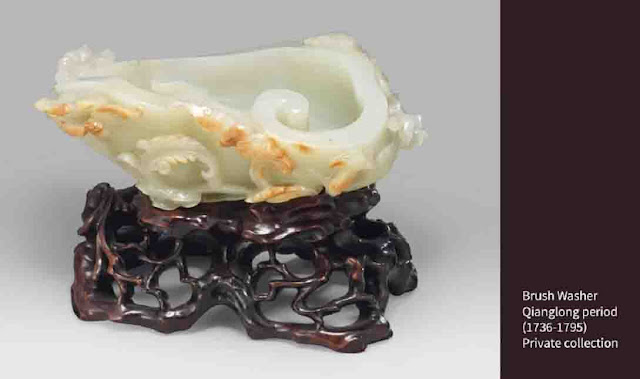 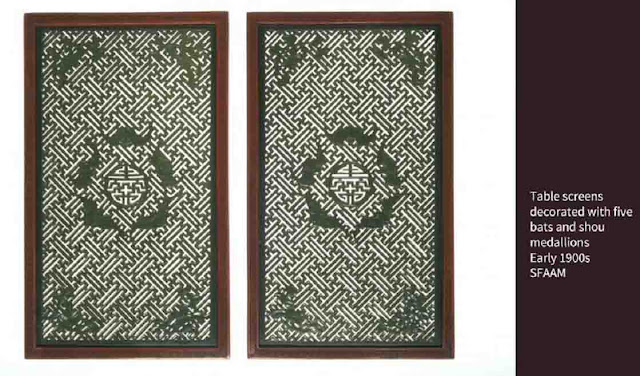 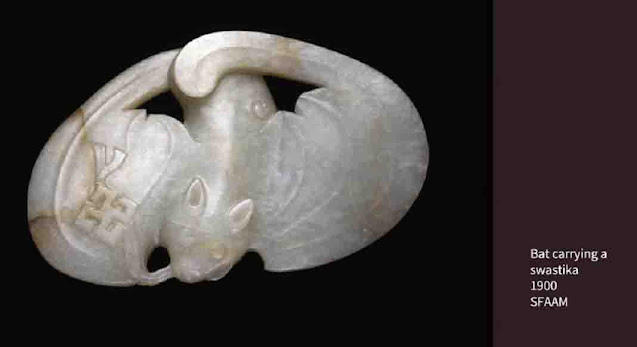 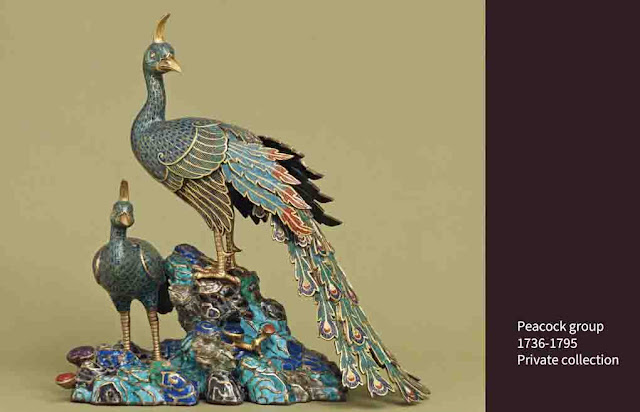 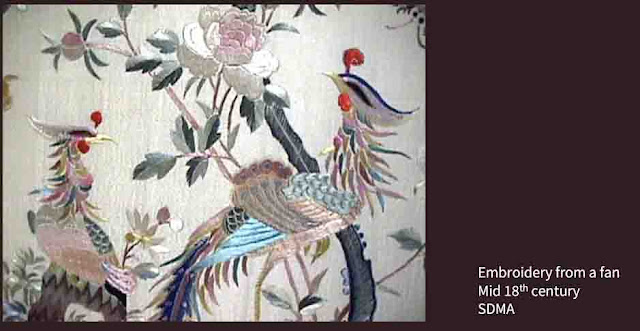 Peaches equal longevity, so a gift with peaches and bats would make a great birthday gift. The other symbol for best wishes is clouds. You find cloud symbols many times as stylized motifs on most pottery. If you add bamboo which bends but does not break you get perseverance, congratulations and longevity.  Hibiscus stands for good fortune. Mushroom like fungus shapes are longevity and even immortality. Peony stands for wealth and honor and is the king of flowers. The word plum sounds like the word for eyebrows. So plum with dragons and magpies could mean happiness up to your eyebrows.  The Lotus flower stands for fertility as it grows into a pure white flower out of the mud. 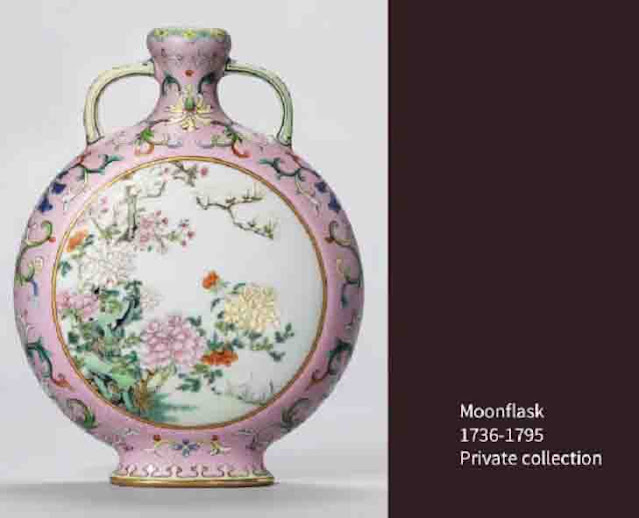 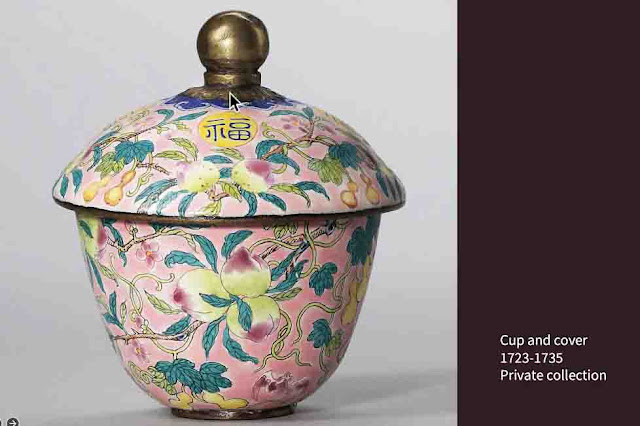 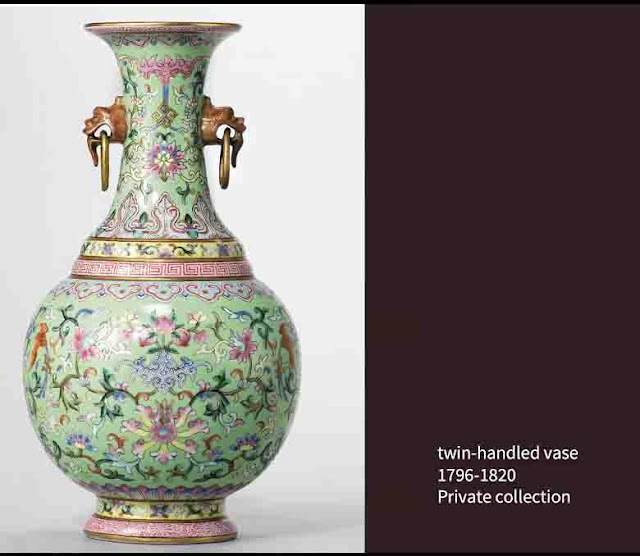 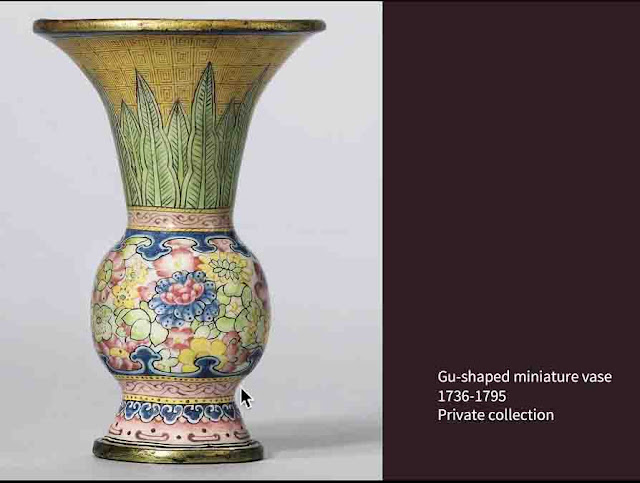 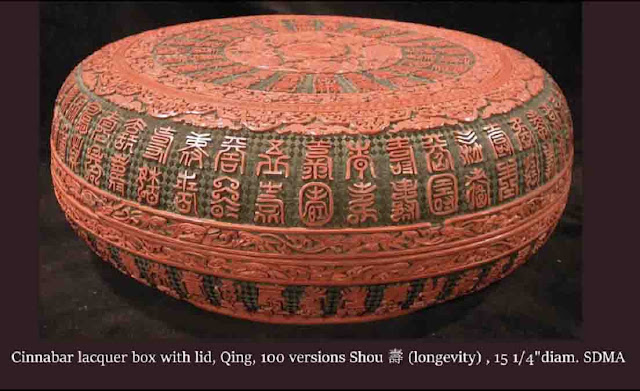