Beatriz Cortez gave a fascinating talk which is so important to understand the art work she is creating in the past and now during the pandemic. She is articulate and erudite about philosophy and history and many of her struggles to search for meaning were not only unusual but convincing. My notes on her talk are more like sound bites and to communicate them, I have to take some liberties to reorder them. I think this will not be a problem for her as she is not a great believer in linear time.

She spoke of ancient and contemporary indigenous people and their belief in the power of objects.  In fact, objects have a will, they can punish, reward, travel and protect. The are imbued with this power because of our respect for them. Inanimate objects are intelligent and self-organizing and like us are in the process of forever becoming. She mentions a Museum of Memory where fortunes are delivered and objects can cross time. 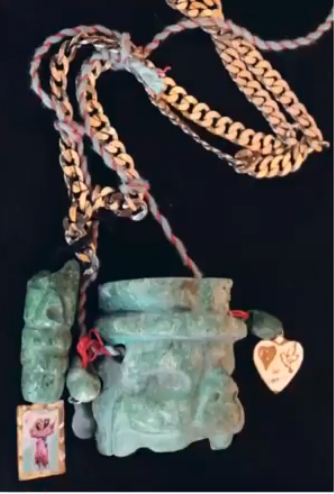 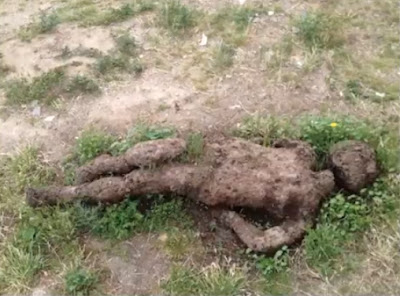 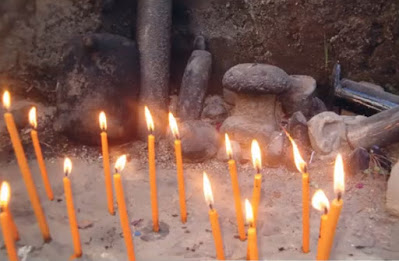 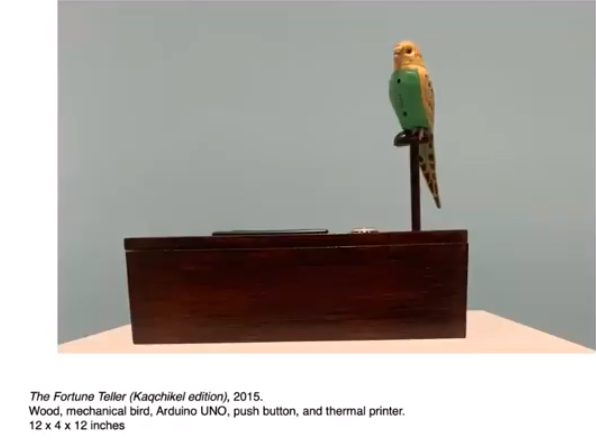 I will start with the example which resulted in the sculpture we can view (from Jan 30, 2021) at the Lux Art Institute. Her observation was made of the great stones that populate many of the parks in New York including Central Park. These Glaciers Erratic formed the landscape over thousands of years and are still in constant transformation too minute for us to notice. They are made of minerals just as steel is made of minerals. Her sculpture is steel going back into stone. The steel which we think of as man made is really organic. 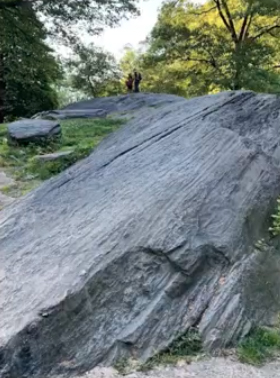 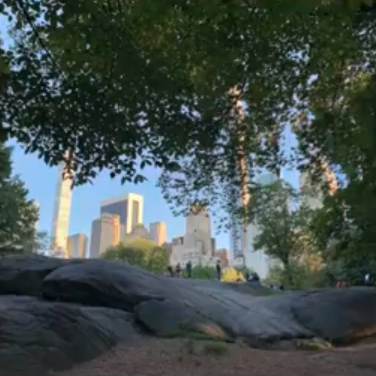 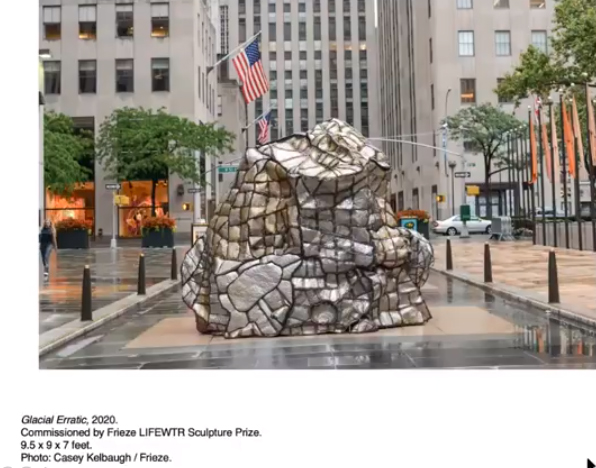 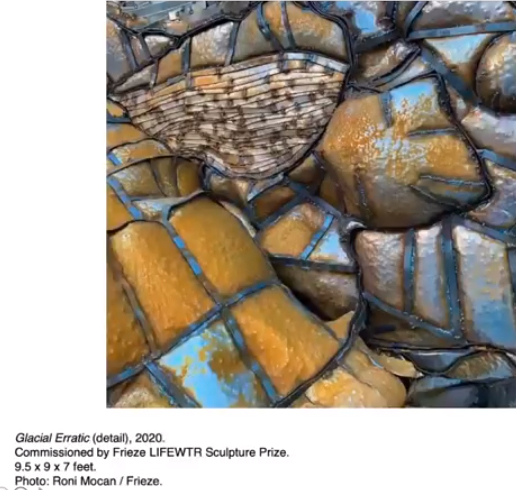 Cortez made a very difficult immigration from El Salvador on her own and it was a traumatic experience. For her migration can be a death or a re-creation. The idea of Nomadism, something always moving, always in progress of being made needs to be considered. Now more than ever, she sees that we are all breathing each other all the time as we transform. The pandemic is demonstrating that as it spread through the atmosphere. She delivers political messages written in the air, in the breath. We will not be afraid. No more cages. She writes on the concrete: Defund ICE. She questions destiny and the future: who gets the vaccines? 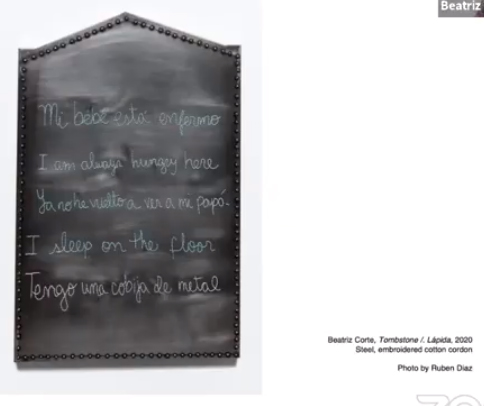 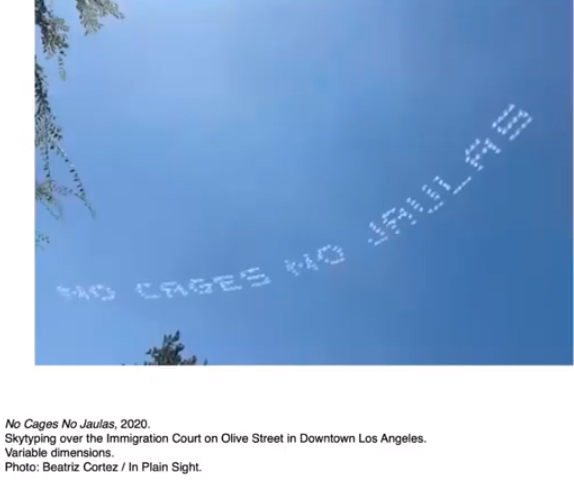 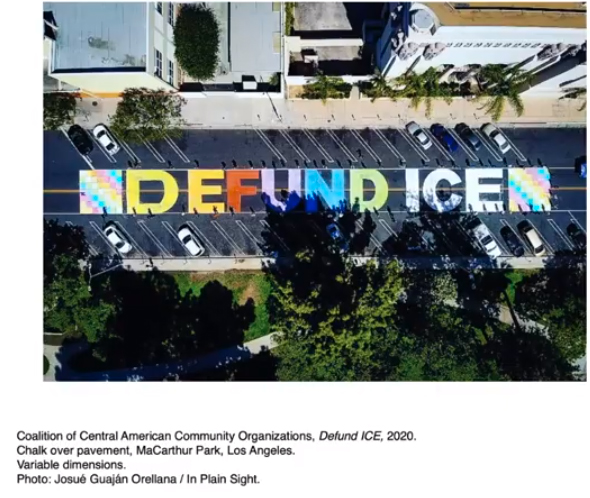 Our identities are always shifting but we need to identify ourselves and not have an identity thrust upon us. In her series of cairns, there are collaborations with the mountains when earth is brought from many times and different distant places.  But this is not a linear process, or even a circular one. One needs an "untimely" machine to travel in every direction and simultaneously. "Future perfect" is a future that has happened and is already in the past. It becomes future past. Cortez is constantly trying to open up thoughts. And as they disappear, like those mountains, “In the future, we shall have walked through walls.” 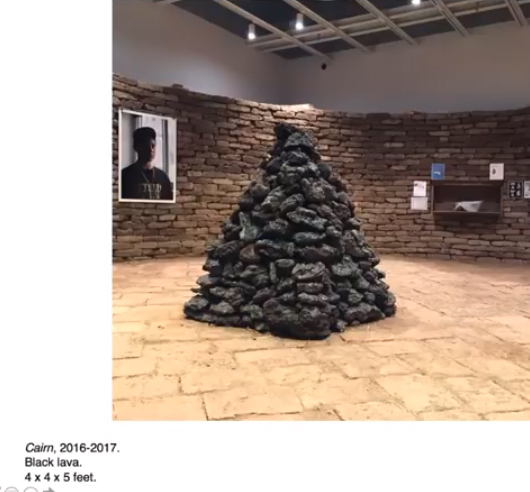 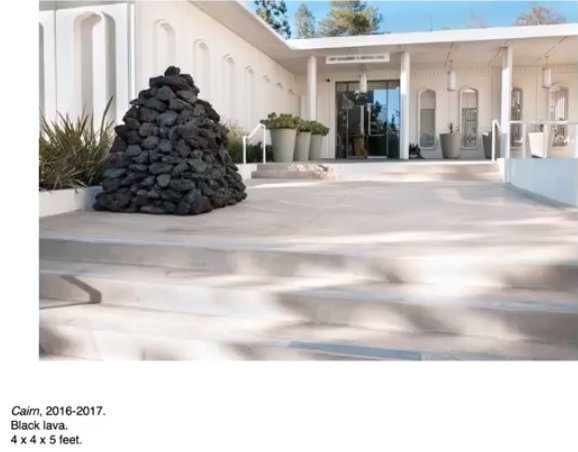 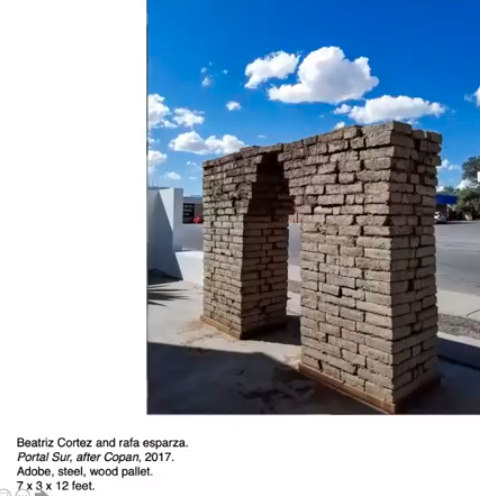 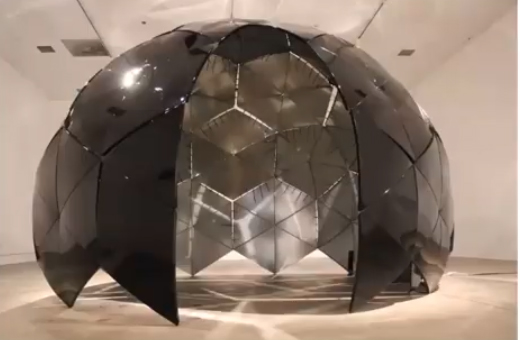 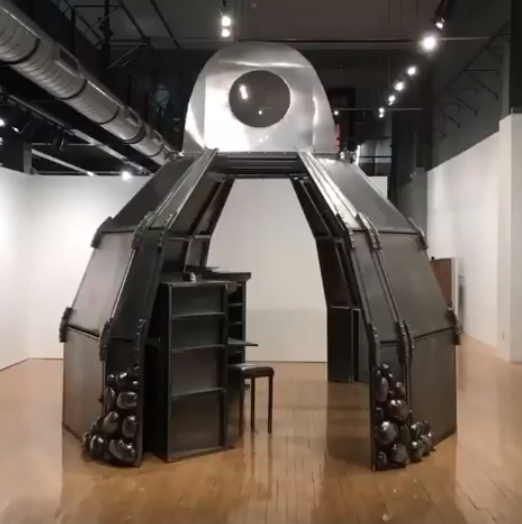 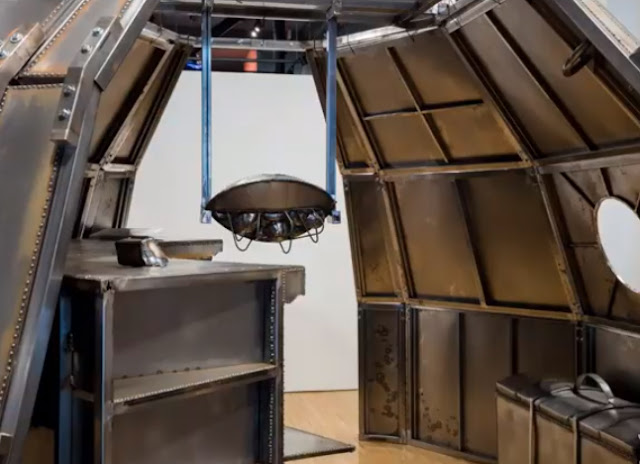 Here is the official statement that came with the lecture notes about Beatriz Cortez. Her artist's residency at UCSD is delayed, but that at Lux Art Institute in the studio starts Jan 30 and runs to Feb 27th, 2021 and is a collaboration exhibition with rafa esparza, Kang Seung Lee, Candice Lin, Pavithra Prasad, and Christian Tedeschi will run until March 30th.

Watch the full lecture on UTube

The Longenecker-Roth Artist in Residence Endowment was established in 2016 to extend Martha Longenecker's legacy as an artist and educator. In the spirit of her historic impact on the visual arts in both local and global communities, this endowment brings to the Visual Arts Department of UC San Diego artists of national and international stature who will inspire our students to broaden the scope, appeal, and range of art as well as incite exchange with the faculty, the campus community and local artists and audiences.