Augmented Realities and the Five Dimensions of Chitra Gopalakrishnan 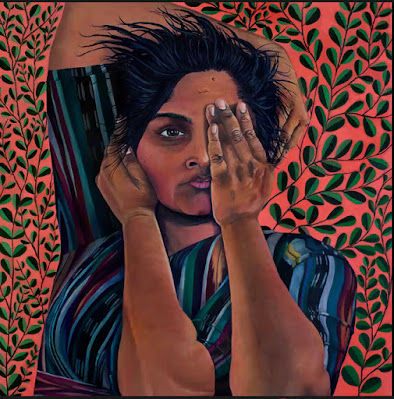 Chitra Gopalakrishnan thinks of herself foremost as a graphic designer. But she has directed all her design sense into creating meaningful images. Although this show is all about self portraits, she is channeling all the women in her life. And that means strong women who have suffered trauma and loss. Mothers who juggle children with jobs. Women who are goddesses and the center of their lives.

She takes on some of the feelings of her relatives, her friends and her colleagues that become a sort of united Chitra. She has recorded how women shield and protect themselves. There are chards that stick out of the canvas rather like weaponized jewelry. She uses color, patterns and repeats that seems to saturate every aspect of her figures, draping them, swaddling them or hiding them. It seems appropriate and admirable that she and her mother started a social enterprise collective Kara Weaves  to create fair-trade handwoven textiles in south-west India.

So these are not 2 dimensional works or even just 3 or 4 dimensions. Gopalakrishnan has mad tech skills and has introduced augmented reality in the form of 3-d modeling computer animations that are initiated with smart phones and QR codes.  Cast shadows are projected from tumbling tears and flying spots. They are matched to individual images, but this is so interactive that you can move them anywhere in the space you want. She wants there to be an element of each of the works that is unsettling, or even downright weird.

The idea of a cactus with its protective spikes morphing into a female delivers a whole series of compositions. Comfortable and uncomfortable lives side by side. In some of the works, there is no eye contact, but in one work having to be a hypervigilant mother, she not only has a 3rd eye but also a third arm.   The very latest work is a falling figure, no color in the background which represents a void, some dangerous pointed objects and a feeling that she is now willing to jump into the future no matter what it brings. 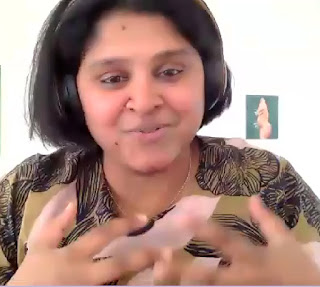 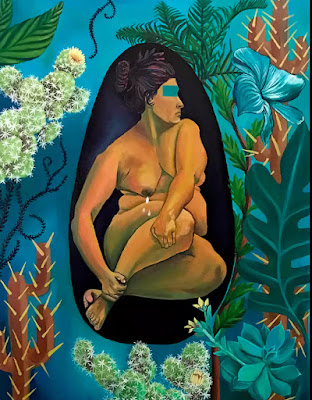 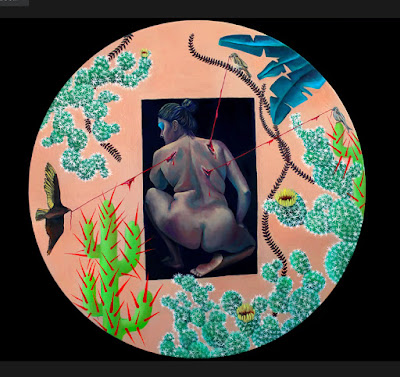 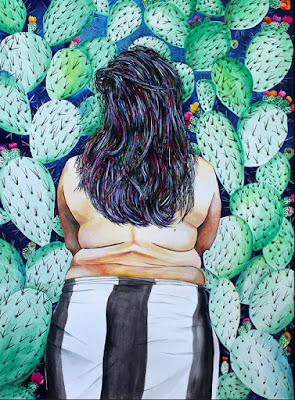 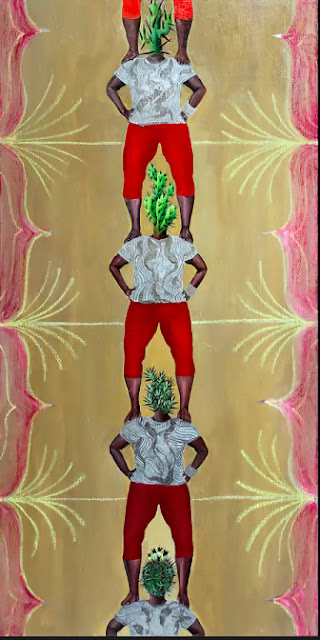 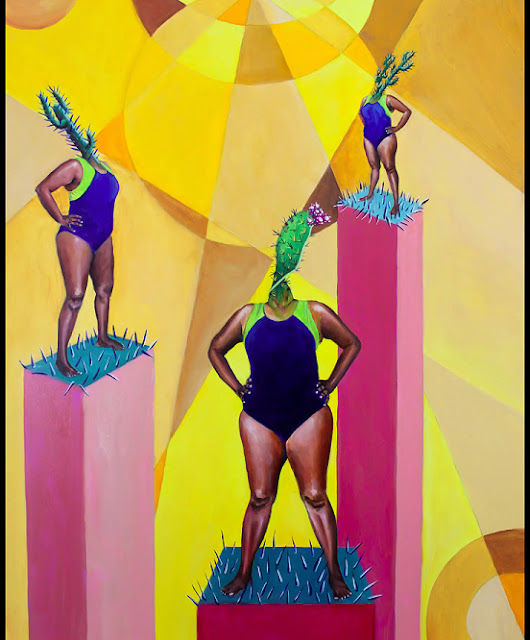 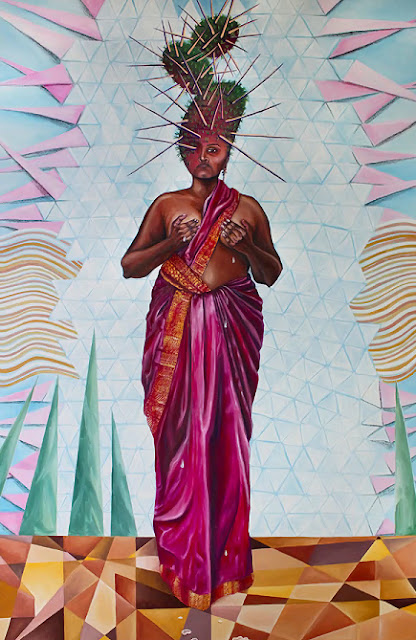 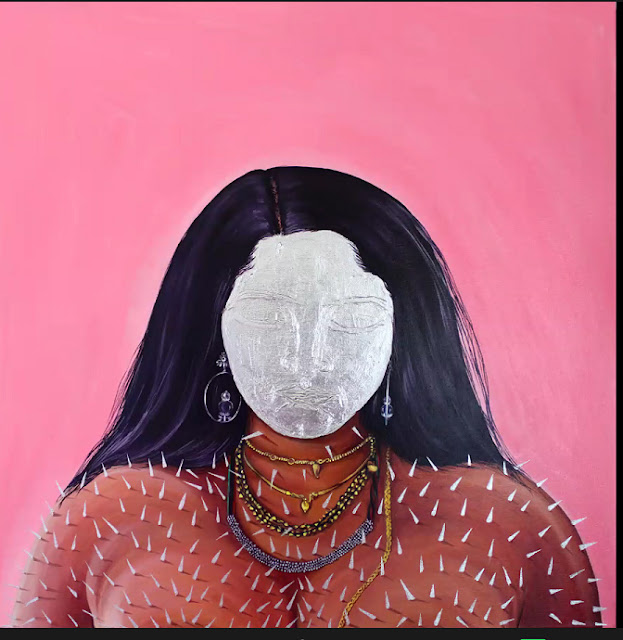 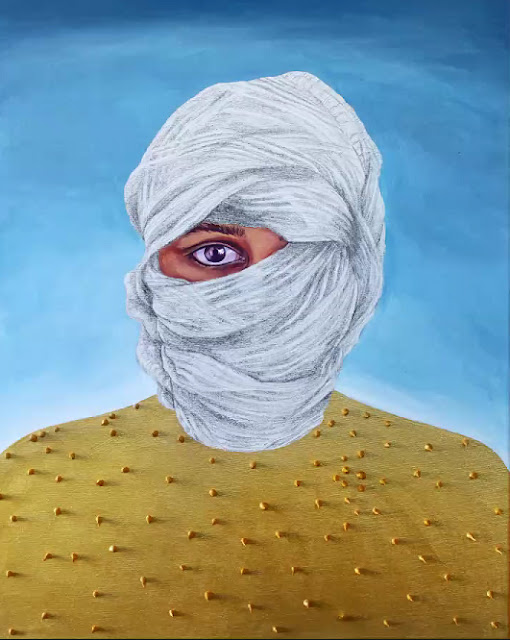 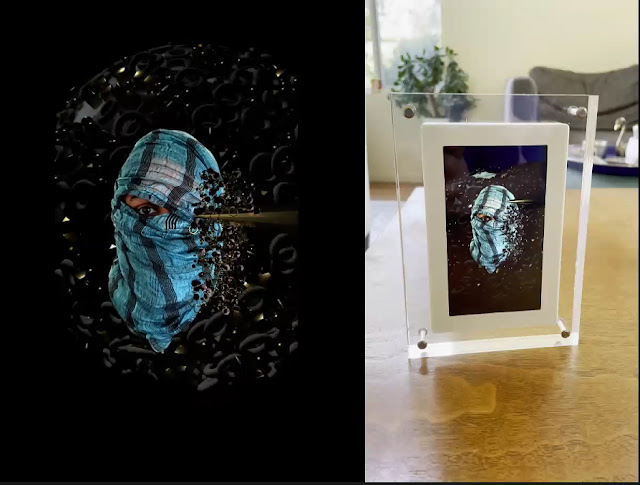 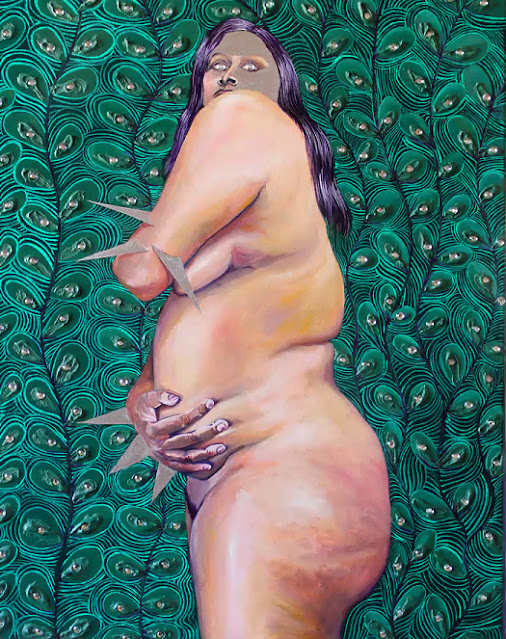 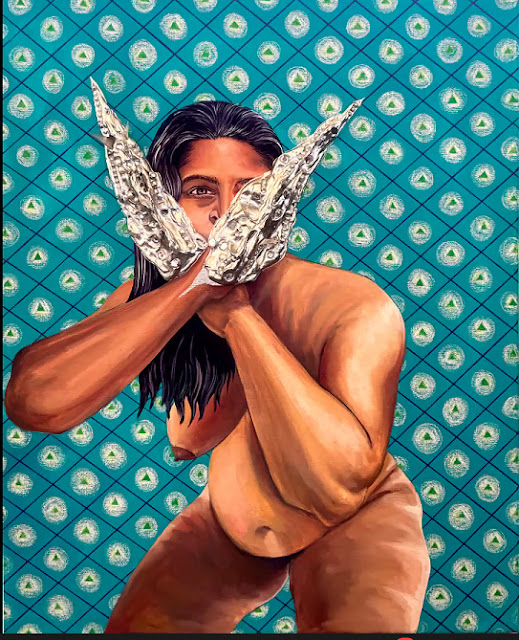 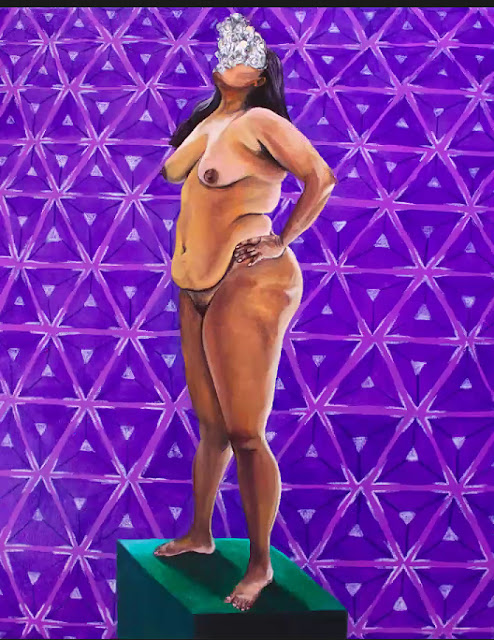 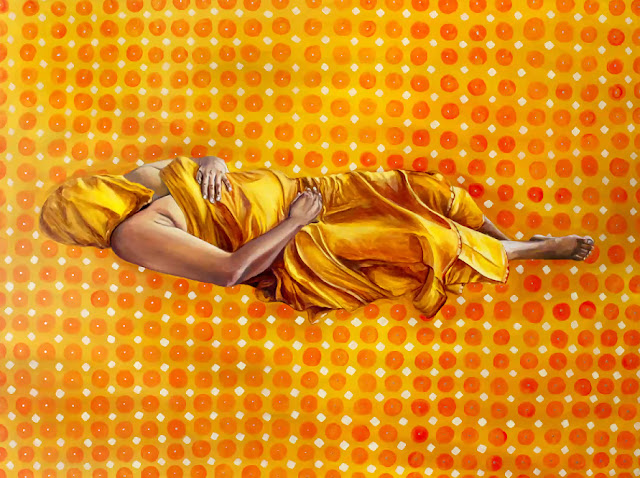 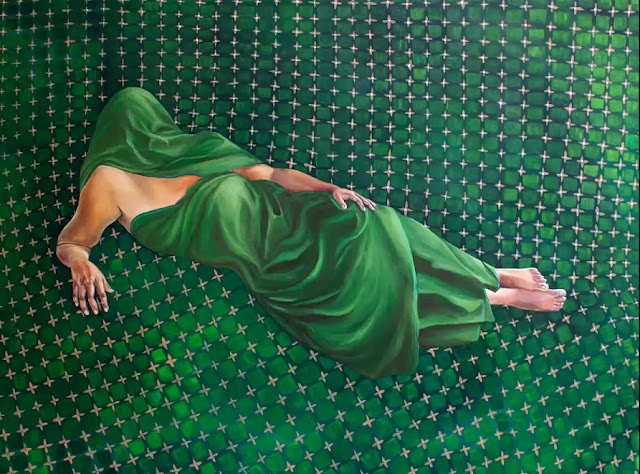 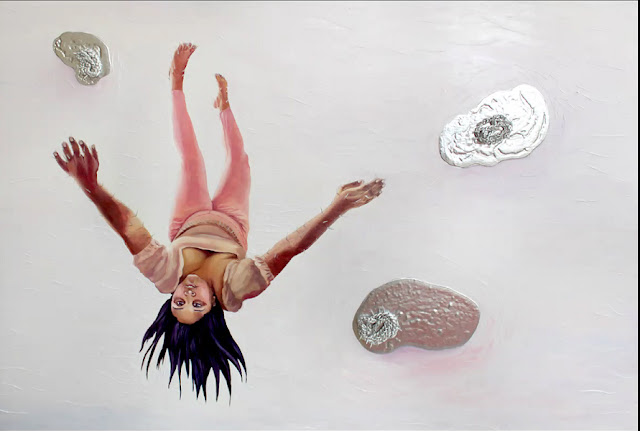 To book a viewing: http://www.thehillstreetcountryclub.org/current-exhibiton